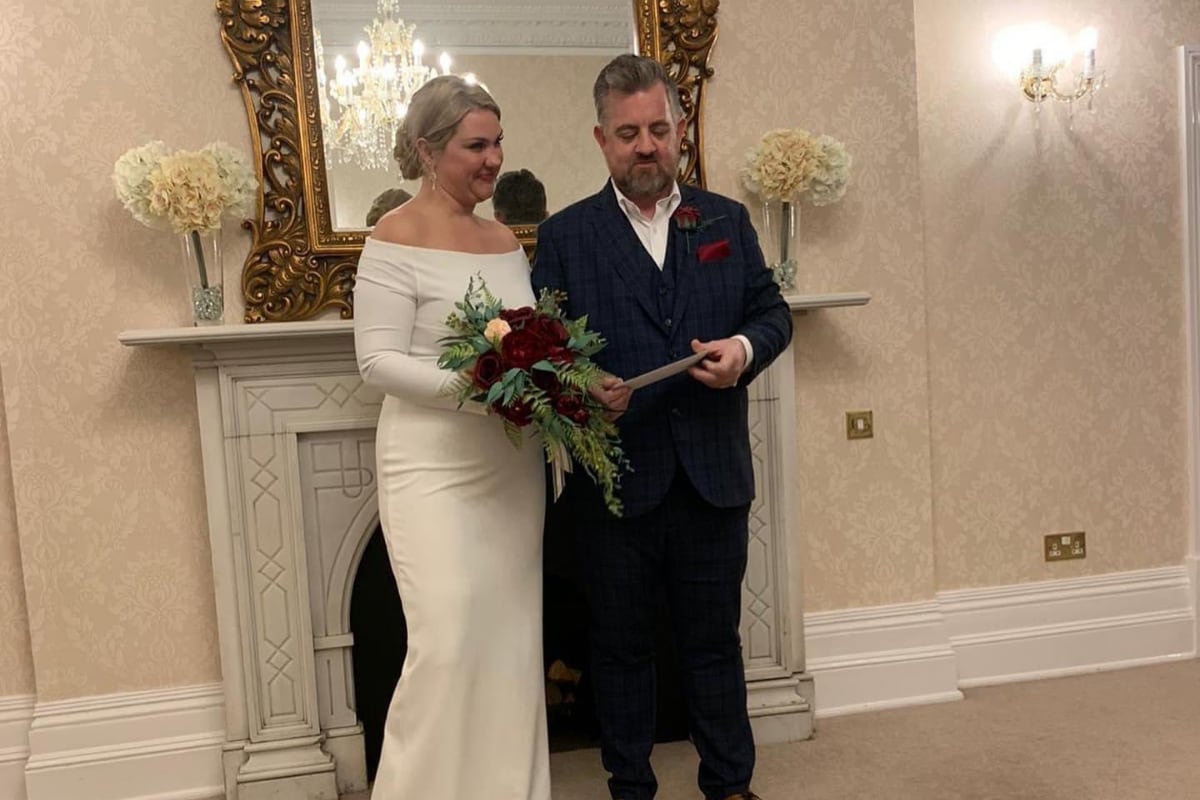 When Rosie’s husband went missing while scuba diving in 2018 and Jonathan Gill-Moss lost his wife to cancer, the two were devastated.

They joined a bereavement group to overcome their loss but the two strangers found more than just support there. Rosie and Jonathan found love in each other and the couple got married just hours before lockdown came into the force in the United Kingdom.

The two belong to the city Kent and got married earlier this week in a small ceremony, reported Daily Mail.

They started dating sometime in late 2019 but soon after they found happiness, Jonathan got infected with Covid-19 and had severe symptoms. He even fell into a coma so when he bounced back, Jonathan realised that he wanted to marry Rosie.

The proposal happened from Jonathan’s hospital bed over a video call. When Jonathan recovered completely, the couple decided to get married before Christmas. However, after their region was placed in tier-4, the couple had to halt their plans.

Speaking about that time, Rosie said that the news was upsetting but nothing compared to what she faced in March when there was a possibility that she might lose Jonathan.

She said, “And watching the devastating losses so many have suffered this year, it was really just a small setback.”

They finally decided to get married in the presence of just two of their friends at the Mansion House in Tunbridge Wells. The decision came when they understood that a new lockdown is around the corner and that might halt their plans indefinitely.

The family members and friends attended the wedding over a video call. In their virtual presence, Rosie and Jonathan exchanged vows and got married.

In the UK, people are taking precautions after a new strain of coronavirus has been found in the country which is said to be more infectious than the existing strain.

To keep the situation under control, Prime Minister of the country Boris Johnson announced the third lockdown since Covid-19 surfaced in the country in 2020.

Schools have been shut and a stay-at-home order has been passed due to the Covid-19.