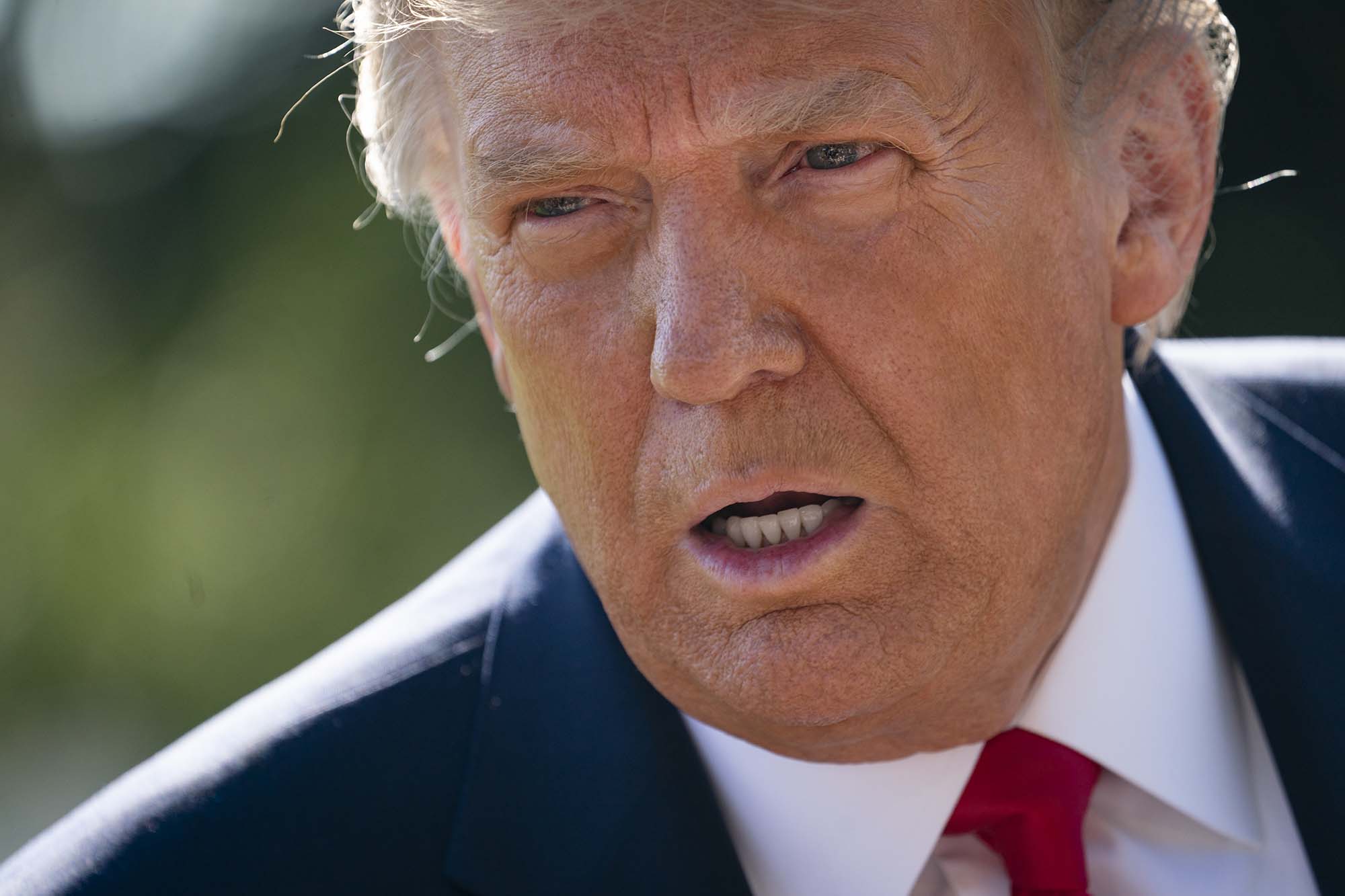 Hours after being diagnosed with COVID-19, President Trump called Senate Republicans to urge them to continue processing his nomination of Judge Amy Coney Barrett for the Supreme Court.

Senate Majority Leader Mitch McConnell tweeted before 11 a.m., “Just finished a great phone call with @POTUS. He’s in good spirits and we talked business — especially how impressed Senators are with the qualifications of Judge Barrett.”

Barrett’s confirmation hearings are expected to begin Oct. 12. “Full steam ahead with the fair, thorough, timely process that the nominee, the Court, & the country deserve,” McConnell (R-Ky.) wrote.

In an interview with radio host Hugh Hewitt on Friday morning, McConnell said “I think we can move forward” with Barrett’s nomination and he doesn’t anticipate any event that will derail the process, as happened with Justice Brett Kavanaugh during his confirmation.

“This is a woman who’s led an extraordinary life. She’s got seven children — two of them adopted — one with special needs,” McConnell told Hewitt. “She’s led an incredibly outstanding life with a wonderful family. We don’t anticipate any kind of unanticipated event that could throw us off schedule.”

Trump, 74, issued a tweet early Friday announcing that he and the first lady had tested positive for the serious respiratory bug, which has infected 7.2 million Americans and killed 207,000 since March.

The president tweeted: “Tonight, @FLOTUS and I tested positive for COVID-19. We will begin our quarantine and recovery process immediately. We will get through this TOGETHER!”

“The president was in good spirits this morning when I spoke with him and very engaged in the upcoming hearing regarding Supreme Court nominee, Judge Amy Barrett,” Graham wrote on Twitter.

“President Woodrow Wilson caught the Spanish Flu in 1919. I doubt the people of his time wished him ill. Stay strong Mr. President and First Lady!”

An aide to Graham told Reuters that Trump “sounded upbeat.”

“Full steam ahead,” the Graham aide said about the Barrett hearings, which conservatives view as an opportunity to shift for decades the ideological balance on the Supreme Court.

“This sort of underscores, I think,  the need to do that,” McConnell said.

“And I think every precaution needs to be taken because we don’t anticipate any Democratic support at all, either in committee or in the full Senate and therefore everybody needs to be in an all-hands-on-deck mindset.”