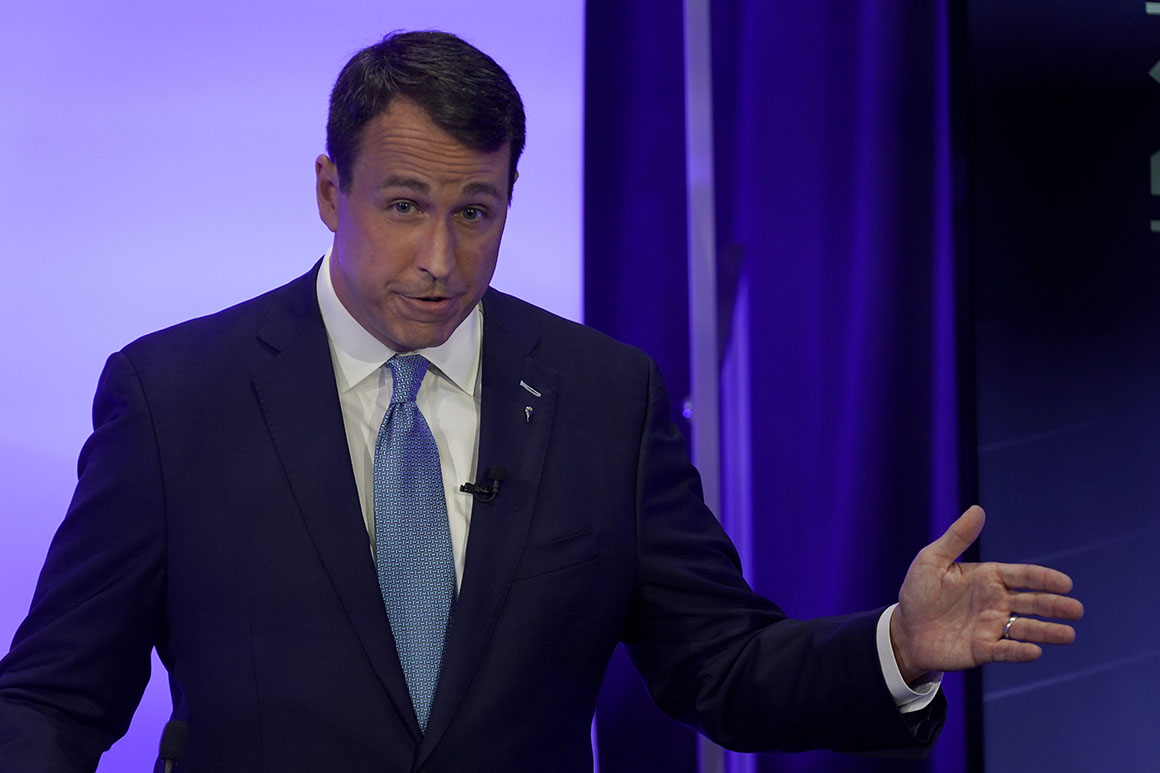 In a statement on Saturday morning, the Democratic Senatorial Campaign Committee indicated it was sticking with Cunningham.

“North Carolinians are supporting Cal because he will protect health care coverage for pre-existing conditions, fight to bring down the costs of prescription drugs, and help our country recover from this crisis. We are confident that he will bring the same courage and determination to the Senate as he has while serving our country in uniform,” said Lauren Passalacqua, a spokesperson for the DSCC.

Jesse Hunt, a spokesperson for the Senate Republican campaign arm, suggested more bad news could drop on Cunningham down the stretch.

The stakes couldn’t be higher for Senate control. Democrats need to net at least three seats to win back the majority, and North Carolina has been seen as a potential tipping point state by both parties. It’s unclear how Cunningham’s text messages or Tillis’s positive diagnosis might affect the polls, which have narrowly favored Cunningham.

Cunningham sent several text messages to a woman in which the two discussed kissing and hypothetically spending the night together, according to screenshots of the messages that were posted online Thursday. The messages were originally posted by the right-wing website NationalFile.com and confirmed by the News & Observer of Raleigh, N.C., late Friday.

Cunningham’s campaign also confirmed the authenticity of the text messages to POLITICO.

“Would make my day to roll over and kiss you right now,” Cunningham wrote in one of the messages. Dates were not included in the screenshots. The woman sent a separate text message asking when she could see him, writing, “I want to kiss you,” and later, “I want a night with you,” according to the screenshots.

Cunningham, an Army veteran and former state senator, is running against Tillis in one of the most expensive and competitive Senate races in the country. Cunningham has led in the polls consistently in recent weeks, and absentee voting in the state started last month.

Cunningham apologized in a statement and said he did not intend to exit the race.

“I have hurt my family, disappointed my friends, and am deeply sorry,” Cunningham said in the statement. “The first step in repairing those relationships is taking complete responsibility, which I do. I ask that my family’s privacy be respected in this personal matter.

“I remain grateful and humbled by the ongoing support that North Carolinians have extended in this campaign, and in the remaining weeks before this election I will continue to work to earn the opportunity to fight for the people of our state.”

After Tillis tested positive for Covid-19, his campaign said it would shut down his campaign headquarters, cease in-person events and isolate for ten days.

“While we were surprised to read the news about Cal Cunningham in the News and Observer last night, our campaign is focused on the health of Sen. Tillis and our staff,” Tillis spokesman Andrew Romeo said in a statement Saturday. “As we adapt our campaign in light of the senator’s positive test, all questions on Cunningham should be directed to his campaign.”

As of Thursday, more than 319,000 votes had already been cast in North Carolina, according to the state board of elections website.

Don't Miss it Pictures exhibits luxurious cruise ships being damaged up at a dock in Turkey because the coronavirus pandemic continues to wreck the business
Up Next GLOVEWORKS Industrial White Latex Gloves – four mil, Powdered, Textured, Disposable, Massive, TL46100-BX, Field of 100