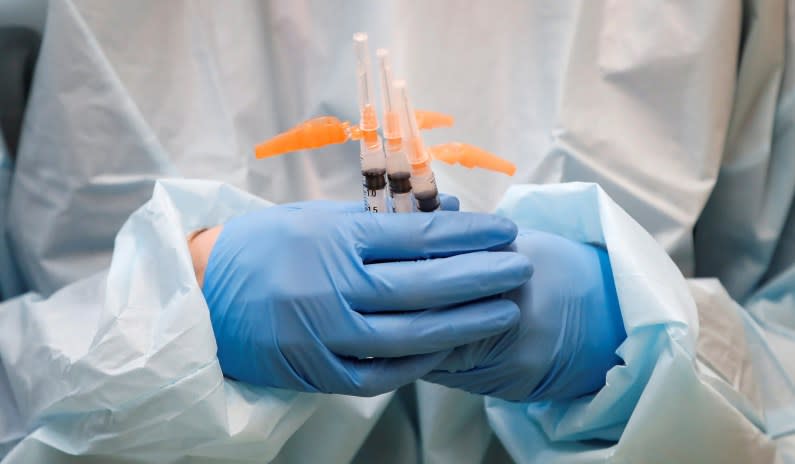 NBC News is being accused of scaremongering after publishing a story over the weekend highlighting four people in Oregon who ended up testing positive for COVID-19 even after receiving two doses of vaccine.

The Pfizer-BioNTech and Moderna vaccines are effective at preventing illness in 95 percent and 94 percent of cases respectively, according to the U.S. Centers for Disease Control and Prevention, meaning that a small percentage of people would still be expected to get sick even after they were fully vaccinated. By framing its story around the four positive tests rather than on the declining number of cases in Oregon, critics worry the NBC story could mislead people into believing the vaccines aren’t effective and discourage people from getting vaccinated.

What an apocalypse of bad journalism.

These miraculous vaccines are ~95% effective. If you vaccinate millions of people with them, a few will still get COVID (typically less severe). This is not news! And where is the headline on all the (far more numerous) prevented cases? https://t.co/WPKqDOuucU

The story, published Saturday afternoon, was based on a series of Friday tweets by the Oregon Health Authority providing an update on the pandemic in the state. The Health Authority noted a nearly 50 percent drop in new cases since early January, and declining numbers of deaths and hospitalizations attributed to the novel coronavirus.

The Health Authority also noted that “we’re beginning to receive reports of individuals who have tested positive after receiving a COVID-19 vaccine.” These so-called “breakthrough cases,” involve people who get sick with COVID-19 at least 14 days after completing their vaccination series. The Health Authority reported that there have been four such cases in Oregon.

“What all this means is that we can expect to see more breakthrough cases. Getting as many Oregonians as possible vaccinated remains a critical objective to ending the pandemic,” the Health Authority reported.

“What all this means is that we can expect to see more breakthrough cases. Getting as many Oregonians as possible vaccinated remains a critical objective to ending the pandemic.”

NBC’s story focused on the four “breakthrough cases,” with a headline that reads “Four people in Oregon who received both doses of vaccine test positive for coronavirus.” NBC did note the declining number of daily COVD-19 cases about halfway through its story. The only other Oregon-specific vaccine story that NBC has run in recent weeks focuses on nurses going car-to-car in a snowstorm to distribute expiring doses.

Attempts to reach NBC News and the Oregon Health Authority were unsuccessful Monday.

On Monday, Fox News published its own version of the story, with the headline “‘Breakthrough’ COVID-19 reported in 4 fully vaccinated individuals.” The Fox story quoted a news release that said “Such cases are not unexpected.”

In a tweet, conservative radio host Erick Erickson suggested that stories like NBC’s could further discourage vaccine-skeptic Americans from getting the COVID-19 vaccine.

Allahpundit, an anonymous conservative blogger, questioned why the story was newsworthy at all.

Would be curious to hear NBC explain what makes this story newsworthy. We’ve had members of Congress test positive after getting both doses. So what? https://t.co/kIk5megHYE

More than 50 million doses of COVID-19 vaccines have been administered in the U.S., and more than 69 million doses have been delivered, according to the CDC. Even in cases where vaccinated people do contract COVID-19, the vaccines can reduce the severity of the illness.

Don't Miss it 4 folks in Oregon contract Covid-19 after receiving each doses of vaccine
Up Next A coronavirus variant with a mutation which ‘possible helps it escape’ antibodies is already in not less than 11 nations, together with the US