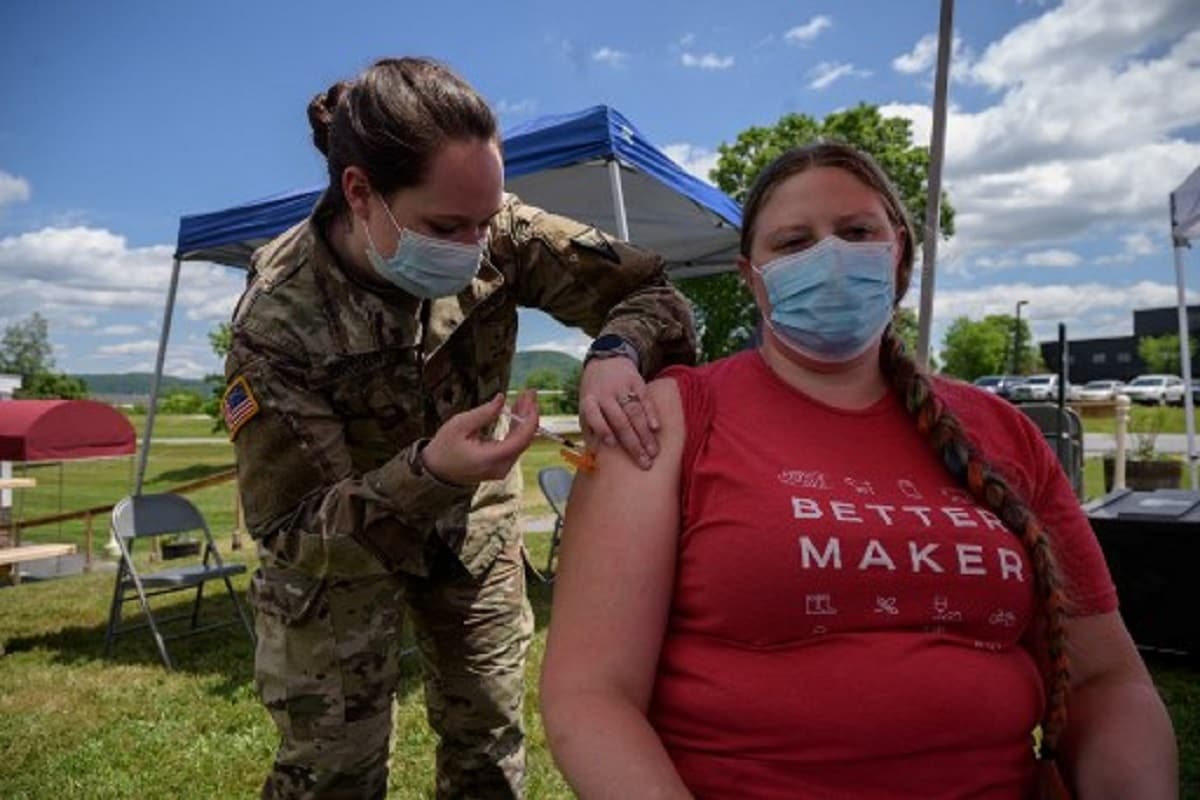 Vermont — known for Bernie Sanders, maple syrup and the birthplace of Ben and Jerry’s ice cream — has a new claim to fame: America’s most-vaccinated state against Covid-19. Home to red farmhouses and signs warning drivers of moose, the US’s second-least populated state recently became the first to partially vaccinate 80 percent of eligible residents.The rural, northeastern state has administered at least one vaccine dose to 82 percent of residents aged 12 and over, well above the US’s national rate of 64 percent. Its vaccination rate is more than double that of the worst-performing state Mississippi.

“It makes us probably the safest place in the country and maybe the world,” says health commissioner Mark Levine, who has a bobblehead of top US pandemic advisor Anthony Fauci on his desk.

Officials and locals credit Vermont’s success to widespread vaccine clinics, trust in political leaders and science and residents’ strong sense of responsibility to their community.

“Vermonters prioritize their health, which is a good starting point,” Levine tells AFP at the state health department offices in Burlington on Lake Champlain.

“And building upon that, Vermonters are very cooperative and compliant,” he adds, citing a tradition of town meetings and “civic engagement” across New England, including Maine and Massachusetts where vaccine rates are also high.

Vermont, whose population is 94 percent white and which has one of the highest levels of education in the United States, has registered only around 250 deaths from Covid-19.

“Vermonters believe that we all have a responsibility to keep each other safe. It’s a social moral code,” the 23-year-old guitarist says between songs.

Vermont’s scattered populace and mountainous terrain, popular with hikers in summer and skiers in winter, presented vaccinators with the challenge of reaching everyone. As shots slowed at main sites, pop-up clinics were set up on farms, lakeside beaches, state parks and raceways to help reach people in rural areas, including migrant farm workers.

“We realized we had to go out to them. Sometimes that means traveling on dirt roads in the middle of nowhere and going to someone’s home where they’re homebound. I’ve literally been to places I never expected to as a nurse,” explains nurse Ellen Monger, as she waits for walk-ins at a farmer’s market in Northfield, population 6,000. Locals stock up on organic teas, jarred pickles and freshly picked strawberries.

Fifteen miles (24 kilometers) away in Websterville, the National Guard administers the single-shot Johnson and Johnson vaccine to employees at Vermont Creamery.

The business partnered with the soldiers to help boost the vaccination rate of its staff, which was lagging at around 55 percent.

Work hours, homes in remote locations and childcare responsibilities have made it difficult for some staff to find time to get immunized.

“It was the ease of convenience,” says 30-year-old fresh cheese supervisor Jason Stride, explaining his reason for getting vaccinated at work.

Back in Burlington, Vermont’s largest city, the high vaccination rate is a relief for locals and businesses.

Vermont hasn’t offered major incentives for vaccinations, health commissioner Levine notes. No lotteries like those seen in other states; just the odd soft-serve ice cream known locally as “creamees.” He believes “apathy,” not vaccine hesitancy, is driving the holdouts.

But he’s determined to get shots in their arms, particularly with anxiety surrounding virus mutations such as the Delta variant. “Perseverance: another good New England value,” he says.