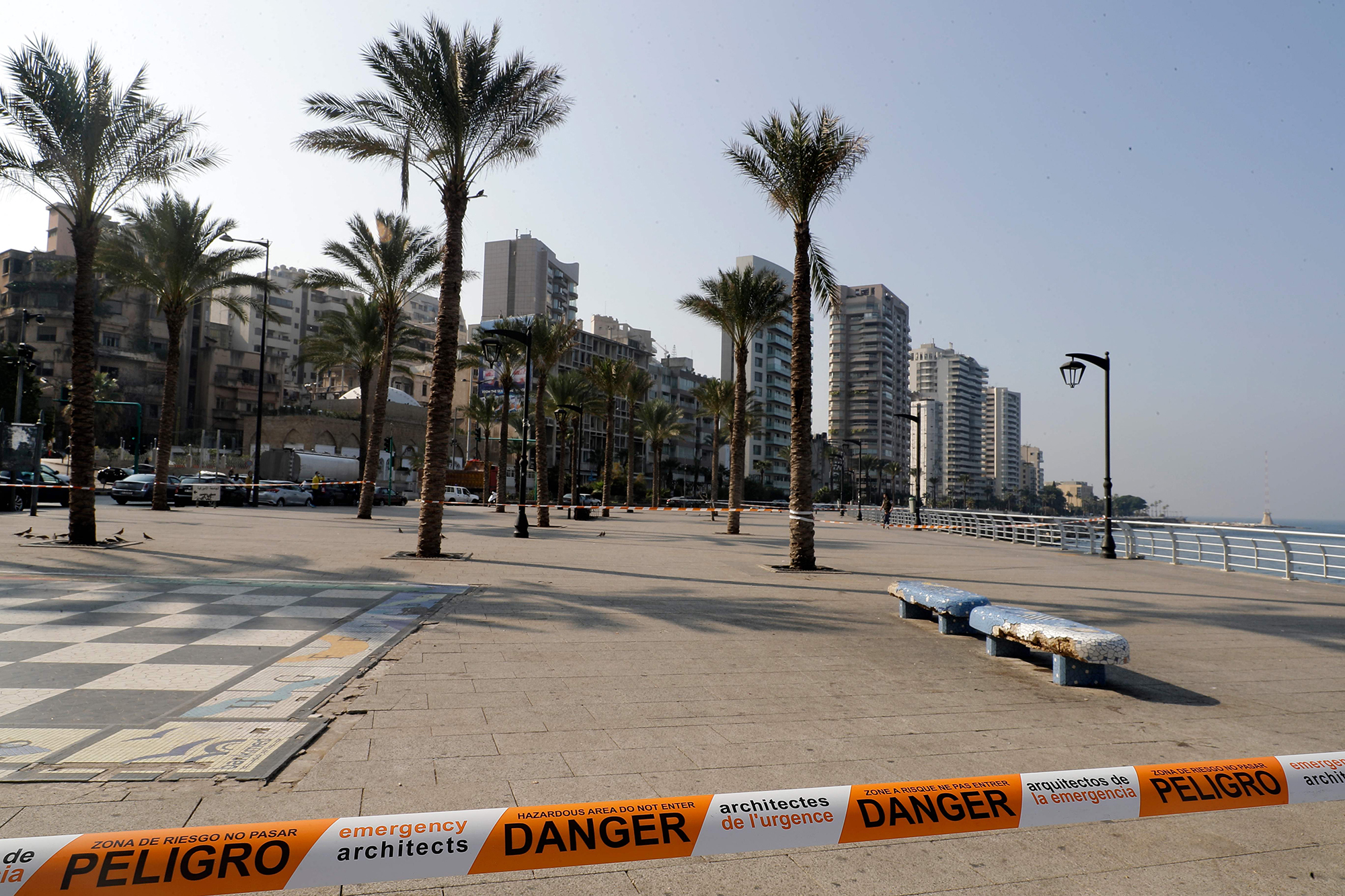 BEIRUT — Lebanon began a 25-day nationwide lockdown Thursday to limit the spread of the coronavirus as infections hit a record in the tiny Mediterranean nation and patients overwhelm the health care sector.

In Israel, the government prepared for a two-week shutdown as the country’s infection rate soars.

The lockdown in Lebanon is the third since the first case was reported in late February. It closes most businesses and limits traffic by imposing an odd and even license plate rule on alternating days. It also reduces the number of flights at the country’s only international airport.

As of Thursday, a daily 6 pm to 5 am curfew takes effect that will last until Feb. 1.

On Wednesday, Lebanon broke its single-day record of new coronavirus infections on the eve of the lockdown with 4,166 cases reported in 24 hours.

It came after a holiday season in which tens of thousands of visitors flying into the country to celebrate Christmas and New Year’s. Lebanon also reported 21 new coronavirus deaths Wednesday, bringing the number of total coronavirus cases in the small Mediterranean country to nearly 200,000, with more than 1,500 deaths.

“The best way to limit the spread is to stay at home,” outgoing Health Minister Hamad Hassan told the local LBC TV station.

In Beirut’s commercial Hamra district, many shops were closed Thursday morning as police patrols drove by to make sure the lockdown was implemented. Police checkpoints fined motorists who violated the lockdown orders.

First responders in the country hit by a severe economic crisis say they have been transporting nearly 100 patients a day to hospitals that are now reporting near-full occupancy in beds and intensive care units.

Lebanon saw new infections begin to increase during the summer, following a massive explosion in Beirut’s port in August that shook the city and its heath sector, killing over 200 people and injuring 6,000. August’s numbers increased by over 300% from July as a result and have been climbing since.

The new lockdown comes as Lebanon was already struggling with an unprecedented economic and financial crisis that has caused it to default on debt and sent its local currency plunging, losing 80% of its value to the dollar.

The shortage of hard currency in Lebanon has severely curbed imports to the import-dependent country, including medicine and medical supplies. Many medicines are missing at pharmacies as the crisis worsens.

Israel’s government Thursday finalized a series of strict lockdown measures as the country’s infection rate has soared in recent weeks.

For two weeks starting Thursday night, Israeli schools and all non-essential businesses will shut down, gatherings will be restricted to five persons indoors and 10 outdoors, and movement and travel abroad restricted.

Israel has recorded over 466,000 cases of the coronavirus and at least 3,527 deaths, according to the health ministry. The number of serious COVID-19 cases has steadily risen in the past month, even as Israel started rolling out vaccines to high risk populations, including health care workers and the elderly.

Israeli Health Minister Yuli Edelstein wrote on Twitter on Thursday that the country had already vaccinated nearly 1.6 million citizens, over 17% of the population.

In Egypt, Coptic Orthodox Christians were barred from attending Mass on Christmas Eve as the country fights a surge in coronavirus cases.

The church canceled celebrations around the country and allowed only a limited number of clerics at Midnight Mass on the eve of Orthodox Christmas. Copts celebrate Christmas according to the Julian calendar, meaning it falls on Jan. 7.

Egypt has reported more than 145,000 confirmed coronavirus cases, including nearly 8,000 deaths. However, the actual number of COVID-19 cases in Egypt is thought to be far higher, mostly due to limited testing and uncounted patients treated at home or in private hospitals.