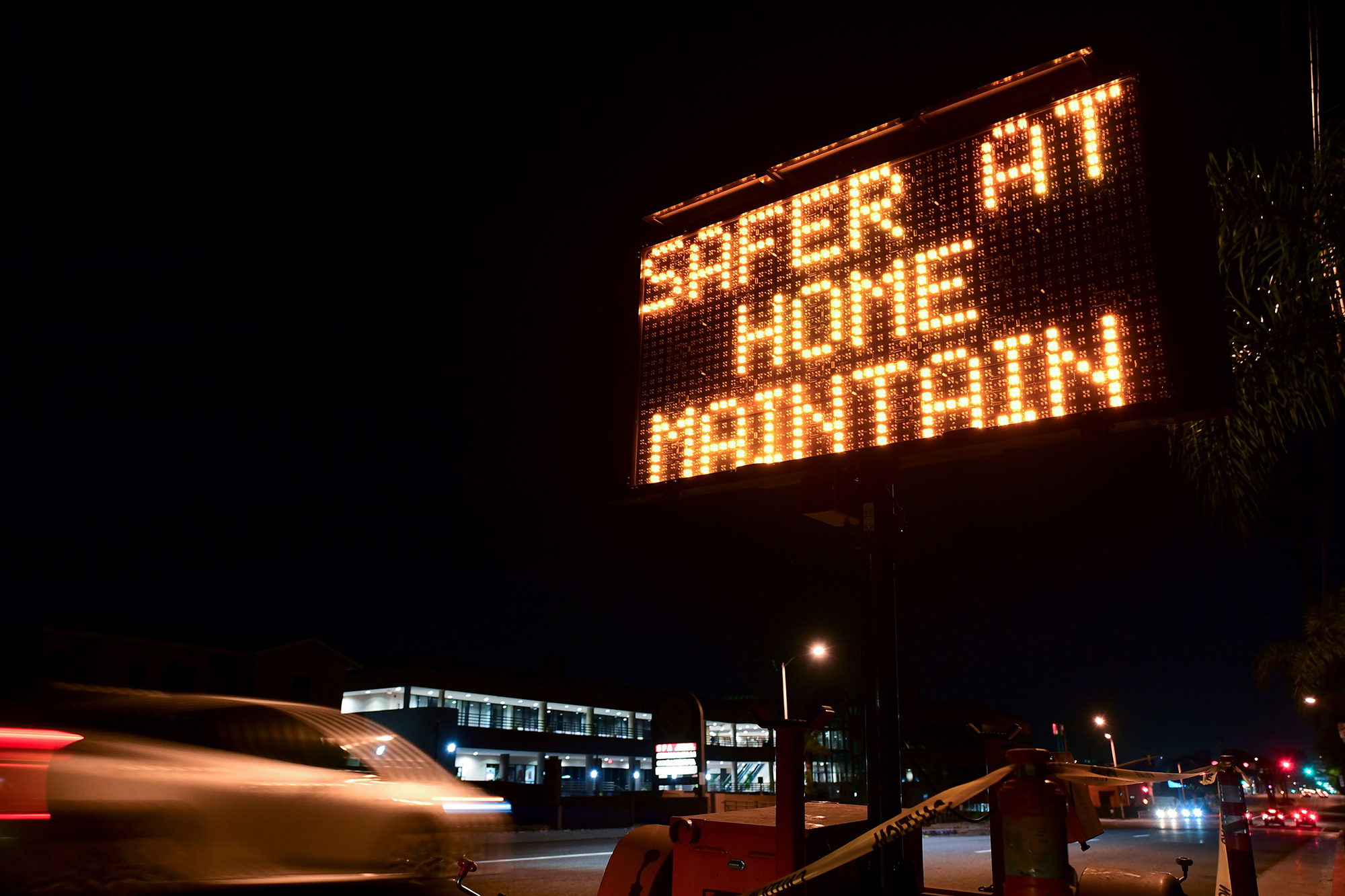 Los Angeles County on Sunday reported more than 10,000 daily coronavirus cases, on the same day that a new stay-at-home order was set to go into effect across the state.

At least 10,528 new COVID-19 cases were reported, which was the highest number of daily cases during the pandemic, and a significant jump from 8,948 infections reported on Saturday, according to the Los Angeles County Department of Public Health.

Nearly every day last week, the county surpassed all-time highs for new daily cases and the number of people currently hospitalized with the virus. Health officials warn the holiday season could push the numbers even higher and overwhelm hospitals.

“I am positive that we haven’t seen the full increases in our case numbers associated with the Thanksgiving holiday, just based on the timeline,” L.A. County Public Health Director Barbara Ferrer said Sunday, according to the Los Angeles Times.

A man walks past a long-shuttered nightclub with the message “We Miss You” in Hollywood amid the COVID-19 pandemic.Getty Images

Daily hospitalizations topped 2,855 on Sunday, which is typically associated with infection rates dating back two to three weeks, a time when officials were reporting about 5,000 cases a day, according to the paper.

Ferrer warned it could take two weeks for an infected person to develop symptoms and even longer for them to suffer serious effects that require hospitalization.

“I wouldn’t be surprised if we start seeing daily hospitalizations approaching 4,000 in a couple of weeks,” Ferrer said.

She said it will take some time to see the effects of the new stay at home order that hopes to limit the surging virus and will likely impact businesses for the next few weeks. Roughly 33 million of California’s 39 million residents, or 84 percent of the state’s population, are subject to the order.

Under the order, restaurants must halt in-person dining and can only offer food for delivery and takeout. Gatherings of people from different households will be prohibited, except for outdoor church services and political demonstrations.

Nail salons, playgrounds and zoos are among the establishments forced to close, while retail stores are allowed to stay open, but at 20 percent capacity, according to the L.A. Times.

“It’s devastating,” said Hilary Goldner, co-owner of Sweet 1017 Hairdressing in Seal Beach. “We had had the two closures already and this one comes at the busiest time of the year. Everyone is trying to move forward with their lives and we play a role in that. It’s unfortunate and disappointing.”

As of Sunday, L.A. County has reported more than 449,851 total coronavirus cases and at least 7,909 deaths from the virus, according to local health officials.