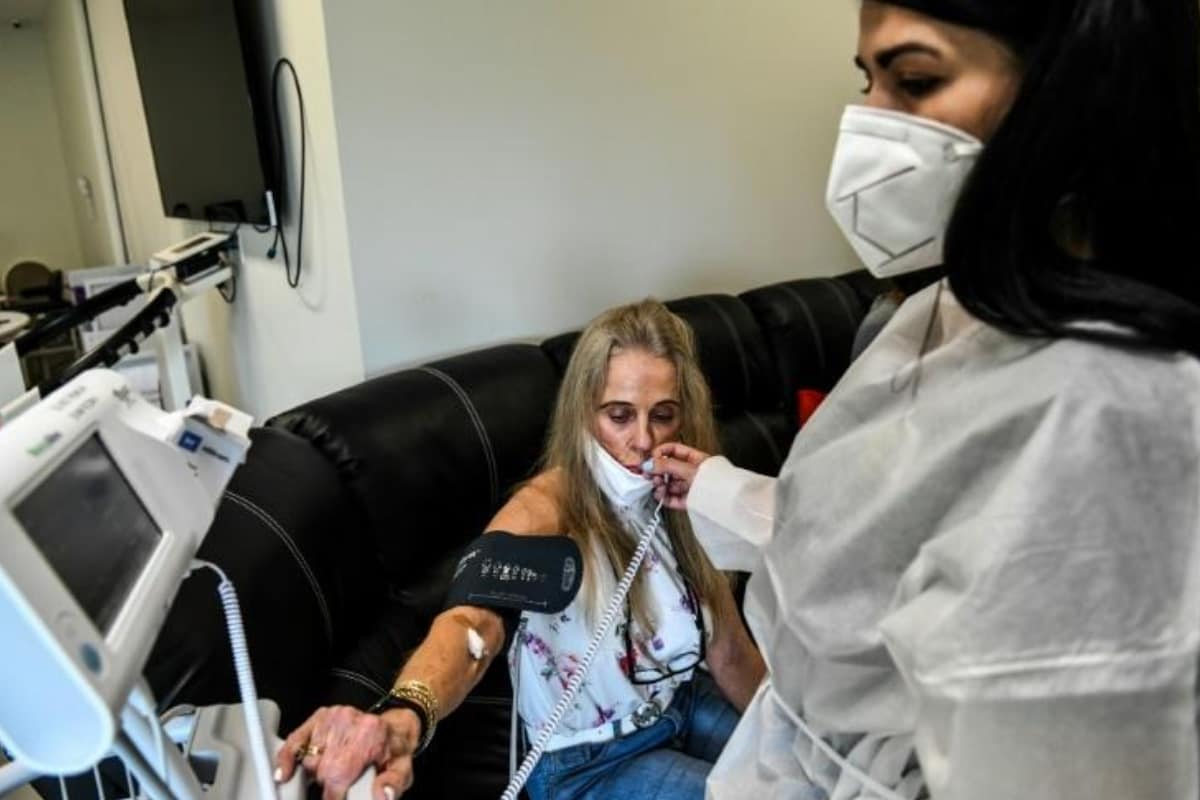 Researchers have found that women mounted a more robust immune response involving T lymphocytes, which are a type of white blood cell that can recognize viruses and eliminate them | CHANDAN KHANNA – AFP.

Researchers found that women mounted a more robust immune response involving T lymphocytes, which are a type of white blood cell that can recognize viruses and eliminate them.

A new study looking at male and female immune responses to the new coronavirus may shed new light on why men are more likely to become seriously ill with Covid-19, researchers said Wednesday.

Since early in the pandemic it has been clear that men, particularly older men, are at a far higher risk of dying from the virus than women of a similar age, but scientists have not yet been able to pinpoint exactly why.

A new study published in the journal Nature noted that globally men account for about 60 percent of deaths from Covid-19 and looked at whether differences in immune responses could explain why.

“What we found was that men and women indeed develop different types of immune responses to Covid-19,” said the study’s lead author Akiko Iwasaki, a professor at Yale University, in a video.

The immunity specialist said “these differences may underlie heightened disease susceptibility in men”.

Researchers collected nasal, saliva, and blood samples from non-infected control subjects and patients with the disease who were treated at Yale New Haven Hospital in the United States.

They then monitored patients to look at their immune responses.

Researchers found that women mounted a more robust immune response involving T lymphocytes, which are a type of white blood cell that can recognize viruses and eliminate them.

This was the case even among older women, the study found.

In contrast, older men had weaker T cell activity — the older they were, the weaker the response.

Overall men also produced more cytokines, which are inflammatory proteins that form another part of the body’s natural immune defence.

However, severe cases of Covid-19 have been linked to what is known as a “cytokine storm”, when the immune system goes into overdrive, which is harmful and potentially deadly.

Men who showed high concentrations early on were more likely to have a severe case of the disease, while those women who also showed significant cytokine levels also appeared to fare worse, the study found.

According to the authors, this could imply that men and women need different treatments.

For men, for example “we should be enhancing their T cell responses with vaccines” Iwasaki said, while women could be given treatment to dampen the cytokine response.

But the study has limitations.

Firstly, the sample size was relatively small, with 98 patients in total.

The average age of the patients was also high, at around sixty years.

Commenting on the research, Eleanor Riley, a professor at the University of Edinburgh, said some of the divergence noted in the study is “likely due to differences in age or BMI (the sex differences disappear once these other factors are taken into account)”. BMI measures body fat.

She said others could have arisen “by chance”.

“Importantly, although the average response may differ between men and women, the range of most of the measurements in men and women overlap significantly, meaning that many women have responses that are indistinguishable from those of many men,” she added.

Riley said this is why treatments would be better if they were individually tailored, rather than defined solely on sex.

Don't Miss it A Kentucky man is going through $569,000 in fines after being accused of violating Canada’s COVID-19 guidelines
Up Next New CDC research gives the strongest proof but that COVID-19 can unfold in airplanes