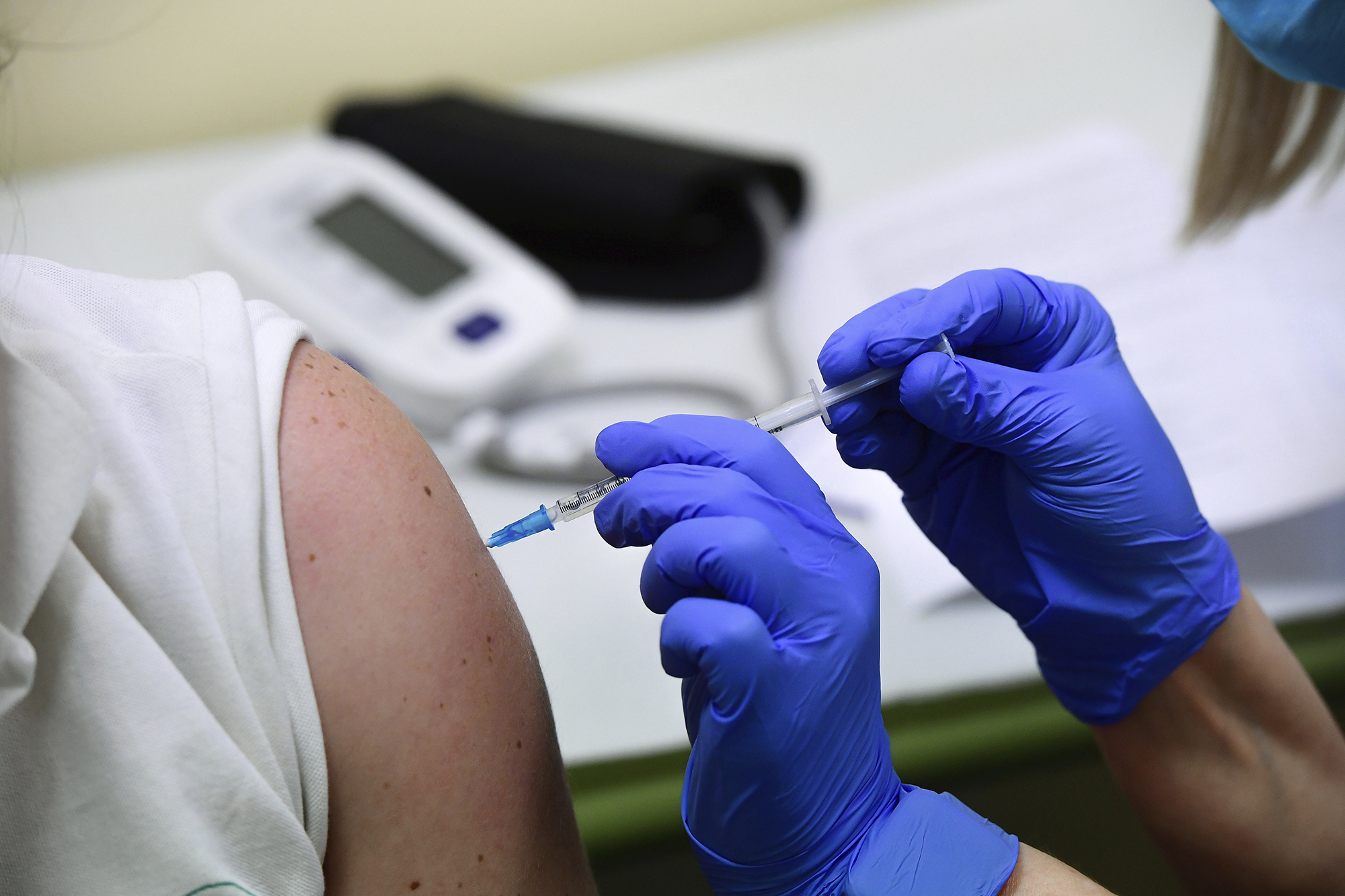 More than 70 percent of COVID-19 vaccines are still sitting in freezers in the US — as the country’s disastrous rollout has forced desperate Florida senior citizens to camp out overnight for their shot.

Hundreds braved chilly 40-degree temperatures and slept in their cars overnight in Daytona Beach in the mad rush for inoculations, NBC Miami reported.

The Sunshine State has received more than 1.1 million vaccines but has administered just 264,512, according to data Tuesday from the Centers for Disease Control and Prevention.

In Broward County, Mayor Steve Geller said his office has been flooded with phone calls from seniors over the botched distribution following Gov. Ron DeSantis’ executive order given priority to those over age 65.

“Many seniors are panicking because they think they were promised the vaccine immediately,” Geller said. “They were not, but now they feel that faith has been broken.”

Geller said the state doesn’t have enough shots to give to all of the 4.5 million retirees in the state — including 340,000 who reside in his county.

“Not everyone will be vaccinated tomorrow or next week or next month,” he said.

While Surgeon General Jerome Adams admitted that the biggest vaccination effort in US history was “a little bit messy,” he blamed the glacial pace of inoculations on states not moving fast enough.

“Many folks — and I’ve been to states all across the country — feel beholden to the Advisory Committee on Immunization Practices guidelines to vaccinate everyone in group 1A before they move to 1B and beyond,” Adams said Tuesday on the “Today” show, referring to health care and nursing home workers and front-line essential workers who are first in line for the shots.

Adams advised states and governors to “move quickly to other priority groups” if the demand just isn’t met — noting that in Ohio, nursing home workers have refused to get the vaccine.

“What I want people to know these are guidelines, we’ve been telling these states since September we need to make sure we’re prioritizing getting everyone vaccinated as quickly as possible, while trying to adhere to the guidelines,” he said.

New York officials are looking to expand access to the vaccine by using senior-citizen and recreational centers. More than 934,000 vaccines have been sent to the state, once the heart of the pandemic last spring, but just 299,428 people have gotten their first jab, according to CDC data.

Within a 24-hour period, the US recorded more than 180,000 new cases of coronavirus and 1,903 new deaths, according to data Tuesday from Johns Hopkins University. In total, the US has had 20.9 cases of COVID and more than 355,300 deaths.

Over the past week, the US has averaged 2,637 COVID deaths a day — and the country is bracing for a post-holiday surge in cases.

In California, where parts are under a stay-at-home order until mid-January, just 1.1 percent of its 39.5 million residents — or 456,980 — have received the first shot of the COVID vaccine.

And for the sixth time in a week, Texas hit a new record high for COVID-related hospitalizations with 12,563 on Sunday. The state has doled out just 32 percent of the 1.3 million vaccines its received.