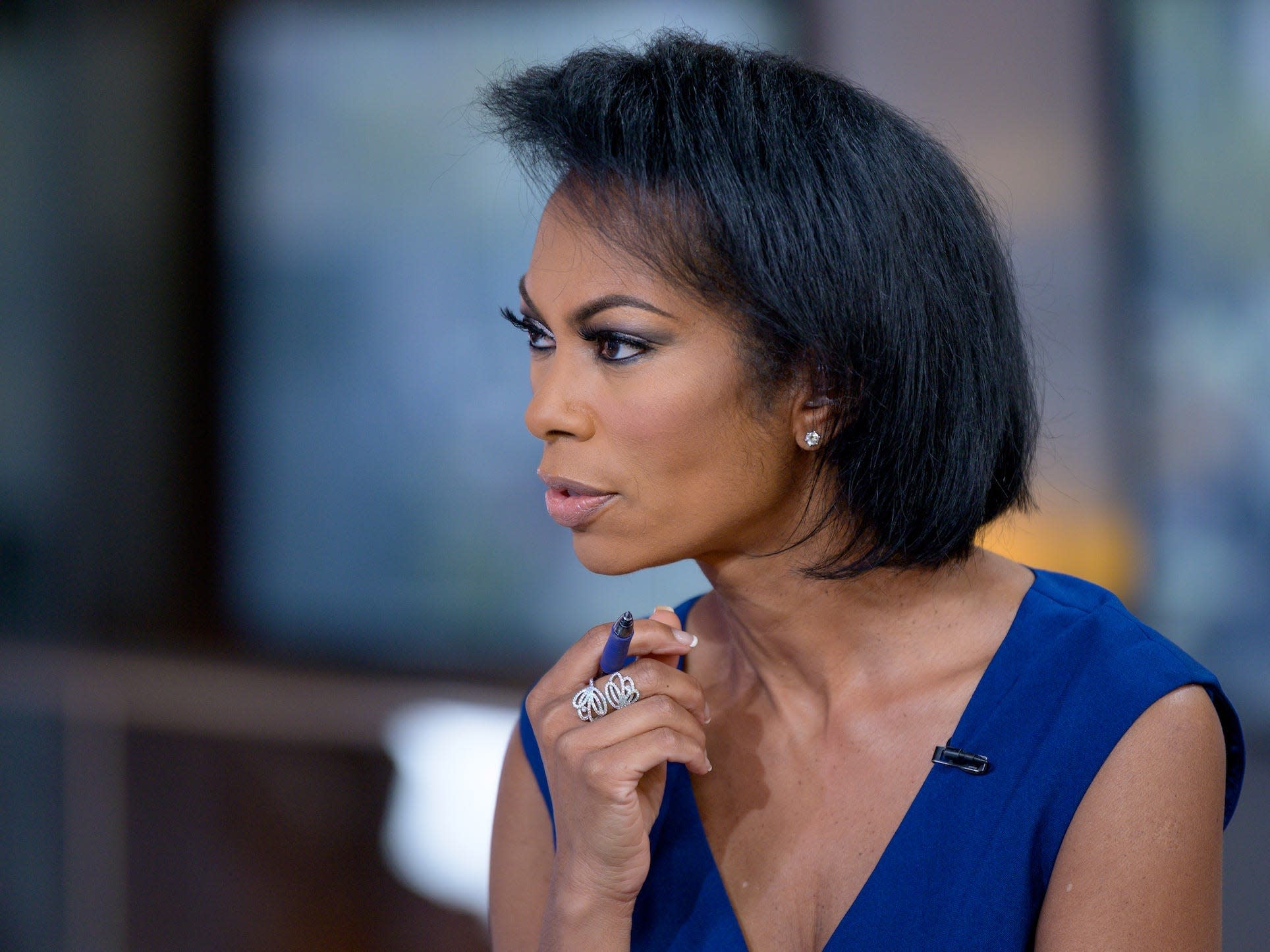 On Fox News on Thursday, liberal guest host Marie Harf questioned why her fellow panelists weren’t focusing more on the record COVID-19 daily deaths in the US.

“We’re 43 minutes into this show, and we haven’t mentioned yet that 3,000 Americans died yesterday, more than on 9/11,” Harf said, adding, “We cannot lose sight of the tragedy that is unfolding every single day in this country, largely because people want to go about life as normal.”

In response, Fox News anchor Harris Faulkner berated Harf: “Please, keep your judgment someplace where you know you can fact check it, because you can’t see my heart.”

Fox News anchor Harris Faulkner on Thursday tore into Marie Harf, a liberal guest host, for accusing the network’s panel of not focusing enough on the record-setting COVID-19 daily death tolls in the United States.

Harf is a Democrat who was a spokesperson for the State Department under the Obama administration.

After a segment on business restrictions related to the pandemic – which has been a heavy focus across the network this week – Harf asked why the death toll wasn’t coming up more.

“Yeah, I mean, we’re 43 minutes into this show, and we haven’t mentioned yet that 3,000 Americans died yesterday, more than on 9/11,” Harf said. “And every day for a while, we’re gonna have that many American deaths.”

She added: “And so, I agree that regulations should be driven by science … but as we debate these regulations, we cannot lose sight of the tragedy that is unfolding every single day in this country, largely because people want to go about life as normal.”

“I feel like, Marie, you took a shot at us there,” she said. “And maybe you felt like it was necessary, I don’t know. But if you don’t think that our hearts are big enough to mourn for the people who we have lost during this pandemic, what exactly are you trying to say?”

“That is offensive, and it is not true,” Faulkner continued. “But please, keep your judgment someplace where you know you can fact-check it, because you can’t see my heart. And trust me when I tell you, it hurts all of us to lose those Americans and people around the world.”

CNN reporter Oliver Darcy noted on Twitter that none of the transcripts he looked at from Fox News’ primetime lineup on Wednesday night mentioned the fact that the US had recorded 3,124 COVID-19 fatalities in a single day. That is the nation’s highest one-day death toll so far and also exceeds the number of people killed in the 9/11 terror attacks. As of Thursday, more than 15.5 million Americans have been infected by the coronavirus and more than 291,000 have died of the disease, based on data compiled by Johns Hopkins University.

The network has been airing news alerts updating the death toll, in addition to graphics, but Darcy pointed out that the network’s highest-viewed shows weren’t talking about it.

Harf went on to say she just wanted to talk about the issue of such high deaths more than “Democratic hypocrisy.”

Faulkner insisted that Fox News was already talking about the deaths.

“Well, we aren’t enough,” Harf replied. “That’s my opinion, and I get to give my opinion.”

“How about telling us the truth in the beginning about those masks?” Faulkner said, referencing some medical experts initially saying masks were not necessary for non-healthcare workers in preventing the spread of COVID-19.

Harf and Faulkner also sparred ahead of Thanksgiving, when Harf took issue with the panel joking about restrictions on small gatherings in some states.