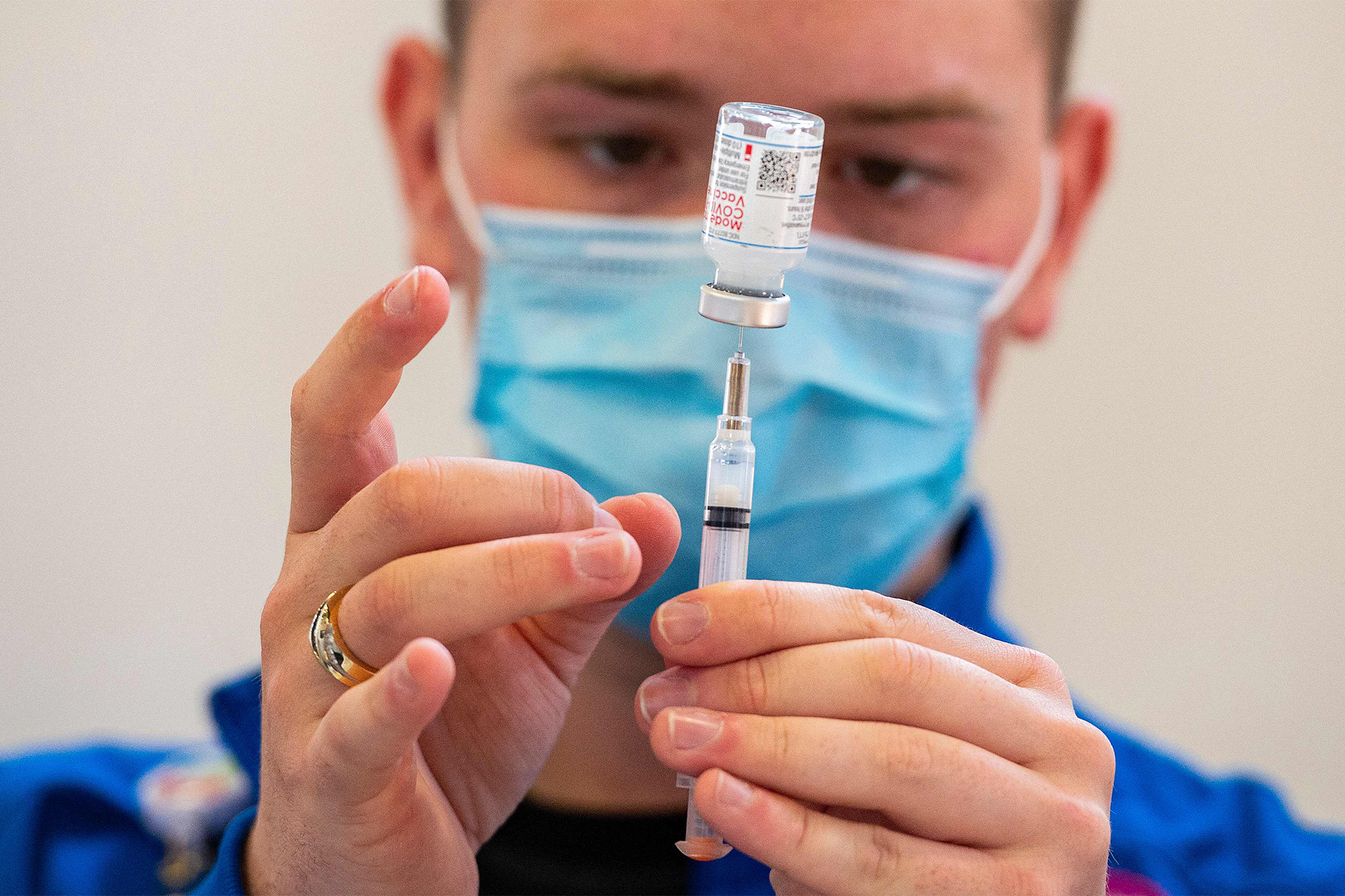 Federal health officials are soon set to authorize COVID-19 vaccine booster shots for people with weakened immune systems, even though others in the Biden administration say the additional shots might not be necessary, according to reports.

The Food and Drug Administration is expected to review new data from the Centers for the Disease Control and Prevention in the next week or two and swiftly move toward authorization, The Washington Post reported, citing anonymous federal officials.

The CDC data supports the use of additional vaccine shots, especially for the immunocompromised, to bolster immunity against the Delta variant, the report said.

If the data persuades FDA officials as expected that the booster shots would help, the FDA would then amend the vaccines’ emergency-use authorizations to permit the use of extra shots, the report said.

Reports indicate that the FDA will authorize COVID vaccine boosters for people who have weakened immune systems.AFP via Getty Images

After the EUAs are amended, an advisory board to the CDC would then urge people with underlying conditions and weakened immune systems to consult their doctors or pharmacists about getting an additional shot, the outlet said.

But the report comes amid mixed messaging from other federal health officials.

The head of the National Institutes of Health said just Monday that there is no reason to believe at this point that Americans will need to get booster shots.

The FDA would amend its. emergency-use authorizations to allow for the extra COVID vaccine shots.AFP via Getty Images

“I would say right now, there is not evidence that we need to go ahead with boosters in the United States, but that’s an ongoing debate,” NIH Director Dr. Francis Collins said on ABC’s “Good Morning America.”

“Let me just be clear, though, that actually the existing approved vaccines in the US, Pfizer, Moderna, J&J, do have high effectiveness against [the] Delta [variant]. There is no reason to rush forward at this present time for a booster decision, but we’re going to watch that day by day,” he added.

In recent days, though, others in the administration have ramped up their messaging that it’s important for immunocompromised people who are especially vulnerable to COVID-19 to get a booster.

“It is extremely important for us to move to get those individuals their boosters, and we are now working on that, and will make that … implemented as quickly as possible, because for us and for the individuals involved it is a very high priority,” said Dr. Anthony Fauci, director of the National Institute of Allergy and Infectious Diseases, Thursday at a White House briefing.

There are at least 7 million immunocompromised adults in the US, according to the CDC.

Don't Miss it New coronavirus pressure in UK: How anxious ought to we be? | DW Information
Up Next UK tightens lockdown over fast-spreading new Covid pressure | Coronavirus replace