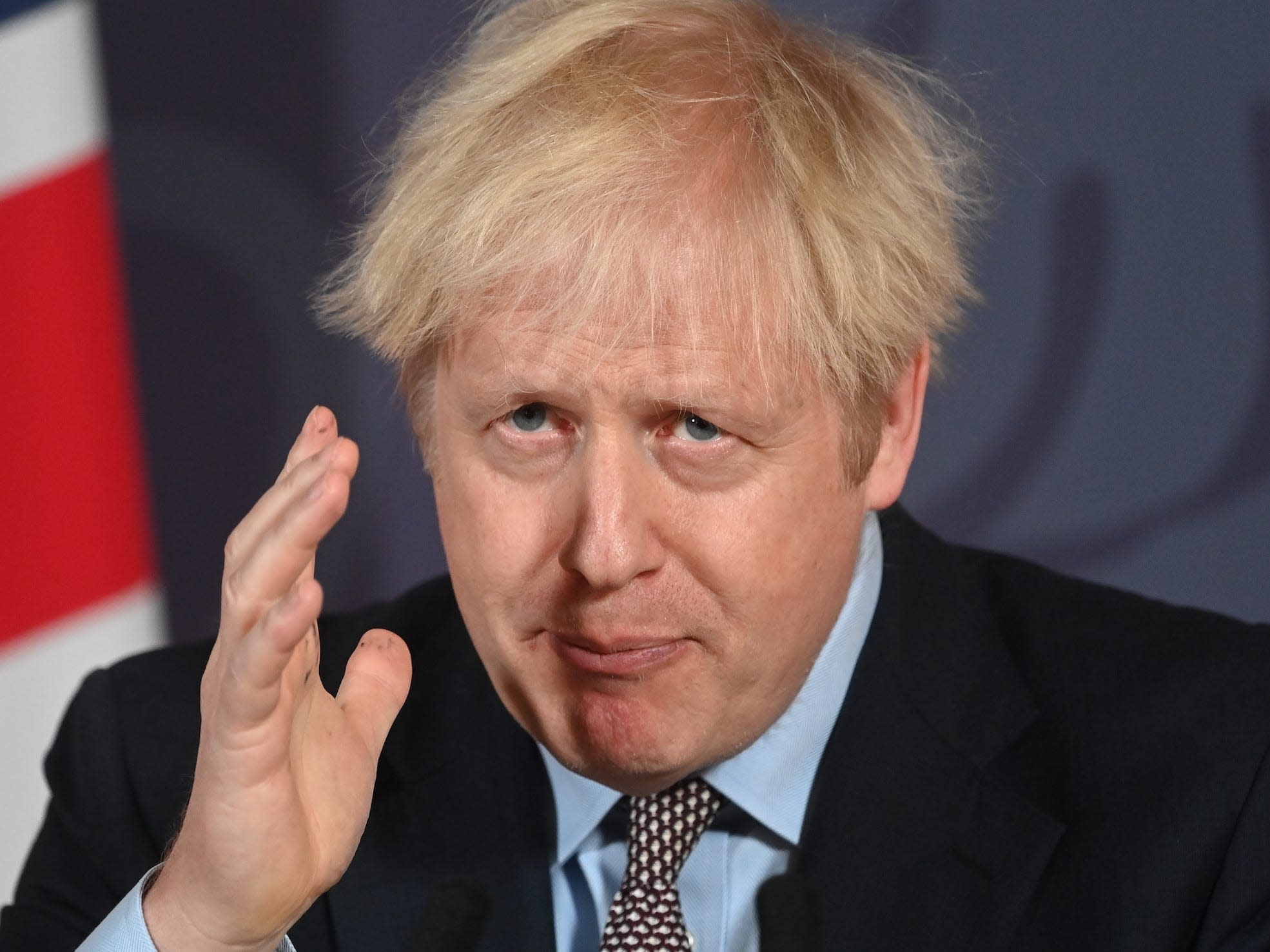 England will follow Scotland and go back into a full national lockdown, Prime Minister Boris Johnson said on Monday.

Schools will remain closed, and people will be told to stay at home until at least mid-February.

There has been an explosion in coronavirus cases and hospitalizations in the UK following the identification of a new, faster-spreading variant of the virus in December.

England will go back into a full national coronavirus lockdown, with schools closed and people required to stay at home until at least mid-February, UK Prime Minister Boris Johnson announced on Monday evening.

Under the lockdown, household mixing indoors will be banned, and only essential shops will remain open.

“I want to say to everyone right across the UK that I know how tough this is, and I know how frustrated you are, and I know that you’ve had more than enough of government guidance about defeating this virus,” Johnson said. “But now, more than ever, we must pull together.”

Schools will be closed to all but vulnerable children and the children of essential workers from Tuesday, one day after many primary schools reopened following the Christmas break.

Students will not be expected to return until at least after the February half term, the prime minister said, adding that exams would not go ahead in the summer as planned.

People will be ordered to stay at home except for a few reasons, including caring for vulnerable people, performing essential work, and buying food and medicine. Amateur team sports will also be banned, though exercising will still be allowed with up to one other person outside your household.

Shielding will also return for the most vulnerable people, the prime minister said.

He added that by mid-February, “if things go well, and with a fair wind in our sails,” those most in need of vaccinations will have received one.

“The weeks ahead will be the hardest yet, but I really do believe that we’re entering the last phase of the struggle,” Johnson said. “Because with every jab that goes into our arms, we are tilting the odds against COVID and in favour of the British people.”

Johnson called on the public to observe the new rules immediately, with the law coming into force from Wednesday morning.

The prime minister had resisted imposing another full national lockdown and had insisted as late as Sunday that schools were safe to reopen.

His statement followed the announcement of a lockdown by Scottish First Minister Nicola Sturgeon earlier Monday.

The UK has had exponential growth in infections and hospitalizations since a new, faster-spreading variant of the virus was identified last month.

Hospitals in some parts of the country are now mostly filled with COVID-19 patients. Some hospitals are running out of oxygen because of a surge in demand for respirators.

“Our hospitals are under more pressure from COVID than at any time since the start of the pandemic,” Johnson said, adding that there had been about a 30% increase in hospitalizations in the past week alone.

Johnson was under growing pressure to impose a full lockdown. Keir Starmer, the Labour Party leader, on Sunday called for an immediate national lockdown, saying the situation in England is “clearly out of control.”

Johnson’s announcement was the latest U-turn on the coronavirus made by his government in recent weeks.

The prime minister had planned to allow widespread household mixing over the Christmas period but reversed the decision in some parts of the country days before the holiday.

Weeks ago, Education Secretary Gavin Williamson threatened to take local authorities to court for closing schools early for Christmas because of the surge in infections. But Williamson recently announced that secondary-school openings would be delayed and that primary schools would not reopen in most of London and parts of the South East.

The National Education Union has advised teachers across the country not to attend schools because of the “serious and imminent danger” to their health caused by the virus.

Teaching unions believe that newly released papers by the UK government’s scientific advisory committee warning that schools would need to close in order to bring the virus under control mean that any attempt to force schools to open would be a breach of UK work-safety regulations.