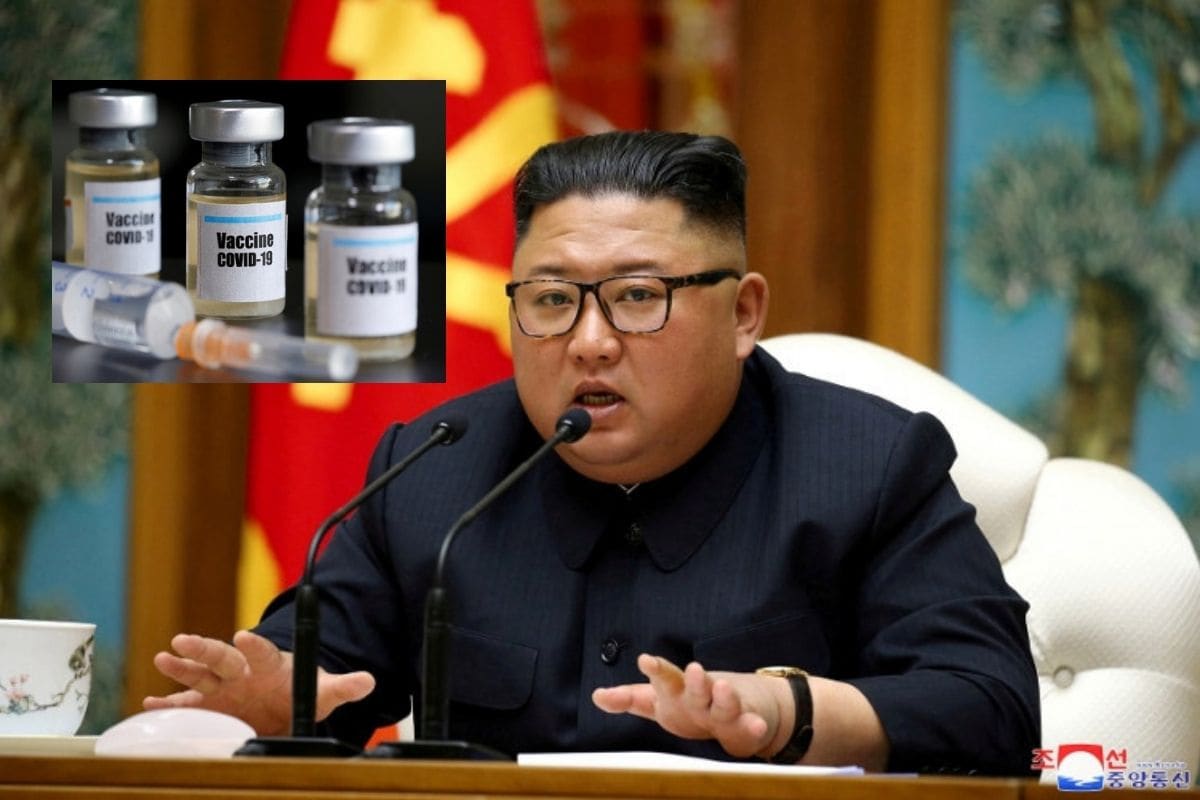 North Korean Kim Jong Un’s health has probably been one of the most talked about topics of 2020. From reports about him passing away to his resurrection, from videos of him apologising to his people about his delayed response to the coronavirus pandemic to countless speculations about who his successor will be, we’ve seen it all.

Now, as reports suggest, the Supreme Leader and his family have been administered a vaccine against coronavirus.

Kim Jong Un and his family has been given an experimental coronavirus vaccine, a U.S. analyst said on Tuesday, citing two unidentified Japanese intelligence sources.

Harry Kazianis, a North Korea expert at the Center for the National Interest think tank in Washington, said the Kims and several senior North Korean officials had been vaccinated.

It was unclear which company had supplied its drug candidate to the Kims and whether it had proven to be safe, he added.

“Kim Jong Un and multiple other high-ranking officials within the Kim family and leadership network have been vaccinated for coronavirus within the last two to three weeks thanks to a vaccine candidate supplied by the Chinese government,” Kazianis wrote in an article for online outlet 19FortyFive.

Sinophram says its candidate has been used by nearly one million people in China, although none of the firms was known to have publicly launched Phase 3 clinical trials of their experimental COVID-19 drugs.

Some experts doubted that Kim would use an experimental vaccine.

“Even if a Chinese vaccine had already been approved, no drug is perfect and he would not take that risk when he has numerous shelters which can ensure almost complete isolation,” said Choi Jung-hun, an infectious disease expert who defected from North Korea to the South in 2012.

Mark Barry, an East Asia analyst and associate editor of the International Journal on World Peace, said Kim would prefer proven European vaccines to one supplied by Beijing.

“The risk is too great. But he’s happy to get Chinese personal protective equipment,” Barry said on Twitter.

North Korea has not confirmed any coronavirus infections, but South Korea’s National Intelligence Service (NIS) has said an outbreak there cannot be ruled out as the country had trade and people-to-people exchanges with China – the source of the pandemic – before shutting the border in late January.

On the other hand, China’s leading vaccine producer Sinopharm announced on Wednesday that it has submitted an application to the Chinese authorities for marketisation of its COVID-19 vaccine based on data collected from countries carrying out its clinical trials.

Results are expected to be good but it is up to the Chinese authorities to make the decision as the government has strict review standards. The vaccine maker says it is in the final stage before marketisation, and is now making approval for the marketisation of the vaccine its top priority.

Earlier in November, results from an early-phase clinical trial of a Chinese vaccine candidate, CoronaVac, revealed that the formulation appears safe and induces an antibody response in healthy volunteers aged 18 to 59 years.

According to the findings of the phase 1/2 randomised clinical trial, published in The Lancet Infectious Diseases journal, the vaccine candidate could induce an antibody response in participants within 28 days of the first immunisation, by giving two doses 14 days apart.

While reports do suggest that Kim Jong Un and his family have been vaccinated against coronavirus, there are some questions which remain unanswered – for instance, it is yet unknown which vaccine has been administered and how safe it is.

(With inputs from agencies)