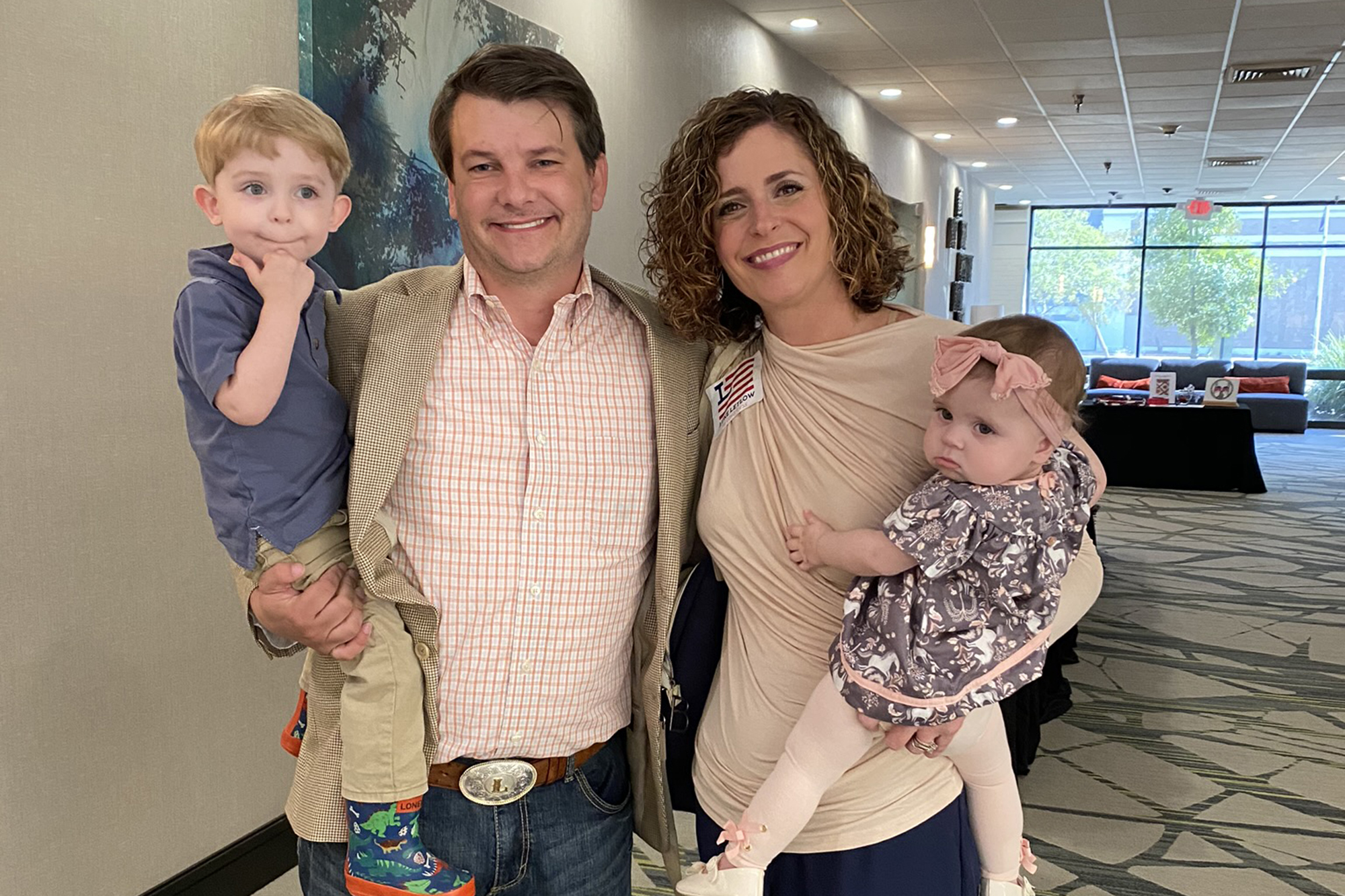 Masked mourners filled a Louisiana church Saturday to mourn Congressman-elect Luke Letlow — one day before he would have been sworn in as a member of the House of Representatives.

Letlow, 41, died of COVID-19 complications Tuesday when he suffered a heart attack after undergoing an apparently successful operation to remove a blood clot. He had been hospitalized at Ochsner LSU Health in Shreveport since Dec. 23 as he battled COVID-19.

The married father of two toddlers from rural Start, La., won the race to represent the Pelican State’s 5th District in a Dec. 5 runoff.

Letlow, a Republican, had been the chief of staff to the seat’s previous occupant, Rep. Ralph Abraham, who retired last year after serving three terms — and who eulogized his successor at the memorial service in North Monroe Baptist Church.

He was also one of his protege’s 17 pallbearers.

Abraham reminisced about Letlow’s habit of slipping away from campaign events to explore out-of-the-way churchyard cemeteries, where he would log names and birthdates from old headstones — part of his “passion” for genealogy.

“For me it was maddening, but for Luke it was pure joy,” Abraham said. “It was about relationships, those ties that bind that extend over decades.

“This was a gentleman that cared about nothing but others,” the former congressman added. “He was a true servant.”

Saturday’s service opened with a slideshow of childhood photos — set to a pair of Elvis Presley ballads — that featured Letlow with his two younger brothers, Paul and Matt; his parents, Johnny and Dianne Letlow.

A poignant series of snaps showing the young politician with wife Julia and children Jeremiah, 3, and Jacqueline, who turns 1 next week, followed.

A family obituary described how Letlow’s interest in government was sparked by a fifth-grade trip to Washington, D.C., when he was chosen to place a wreath on the Tomb of the Unknown Soldier at Arlington National Cemetery.

“Two of Luke’s favorite phrases were ‘win the day’ and ‘go, fight, win,’” the obituary noted. “And he did win big in his forty-one years.”

Flags throughout Louisiana flew at half-staff Saturday at the order of Gov. John Bel Edwards, who said he was “heartbroken” and “devastated” by Letlow’s passing.

Voters in the 5th District will return to the polls March 20 for a special election to fill Letlow’s congressional seat, which will remain empty until then.

The sprawling district, which encompasses all of Louisiana’s mostly rural northeast corner, will almost certainly remain in Republican hands — as it has, with only one single-term break, since 1993.

Don't Miss it MTYX Disposable Medical Excessive Commonplace Face Masks – Moveable Small Bundle(5 * 10pcs) – Breathable and Comfy – Commonplace:EN14683 – Grade 99 soften Blown Filter Layer – with electrostatic electret –
Up Next A ‘miracle affected person’ with coronavirus awakened from a coma the day earlier than her household was set to resolve whether or not to take her off life assist