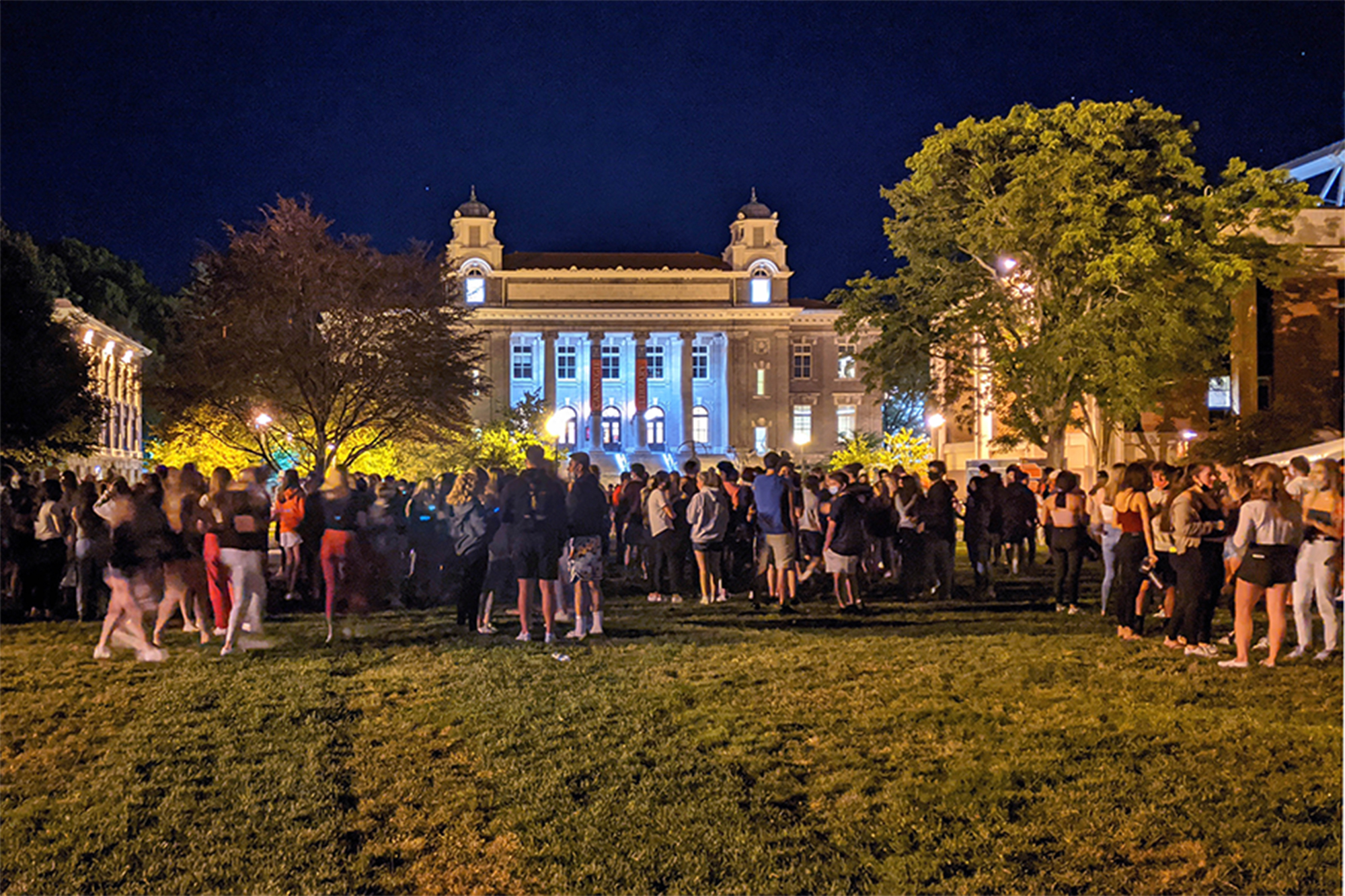 Colleges and universities are barely back in session, and already more around 100 students have been suspended statewide for COVID-19-related infractions.

The hammer has fallen — usually for illicit partying —on at least 23 students from Syracuse University, 15 from Marist College in Poughkeepsie, seven from NYU and a whopping 43 from SUNY Plattsburgh. CUNY, Fordham and St. John’s reported zero suspensions.

Cornell refused to give a number, but an official confirmed the Ivy League school has held students “accountable” for various violations. Columbia University also declined to reveal a number.

Other students have received housing suspensions, including one at Alfred State College, two at SUNY Oneonta, seven at SUNY Binghamton and “less than five” at Stony Brook University on Long Island. SUNY Cortland meted out 35 “disciplinary actions.”

Incoming SUNY chancellor Jim Malatras gave his wholehearted approval to the Plattsburgh crackdown and urged other state schools to throw the book at any rulebreaker.

“Today’s action should send a strong message that irresponsible behavior has serious consequences…,” he said in a statement.

Students returning to NYU had to watch a 7-minute YouTube video that not only outlined the school’s thorough COVID-19 prevention policies but warned of dire consequences to violators. And NYU is encouraging students and staff to tattle on each other anonymously, through the email address. “covidcompliance@nyu.edu.”

Besides campus property, NYU has claimed jurisdiction over all unacceptable student behavior anywhere.

One NYU student, for example, was busted for attending a small, rooftop gathering off-campus; the student talked to The Post on the condition of anonymity because the case is being appealed.

“Video footage of the gathering was posted on social media and shared with our office through the University’s anonymous reporting channels,” Craig Jolly, who heads the Office of Student Conduct and Community Standards, told the student.

Jolly suspended the student for a semester because “proper use of masks and social distancing” hadn’t been followed and warned more violations could lead to expulsion. He also is forcing the student to write a paper on the role that young adults play in spreading COVID-19 — citing at least five legitimate news sources.”

“Honestly, I am at a loss for words. We didn’t break any NY state laws, any NYU guidelines,” the student told The Post. “This means a lot to me because if I get suspended…. I am on scholarship. It would take away my scholarship and I have a job offer waiting after graduation. If I can’t graduate on time they may take away the job offer.”

Christine Harrington, an NYU political science professor who focuses on public law, thinks the anonymous tattling has a “Stasi” vibe — referring to the secret police in communist East Germany.

“It’s like going into your bedroom. It’s a matter of privacy. We could go and social distance and pull our masks down and somebody could take a video of us,” she told The Post. “You are not free outside.”

The draconian approach from NYU and SUNY isn’t the rule everywhere, however. Fordham has a gentler line of action.

“We’re relying on education, persuasion, and enforcement, in that order,” a Fordham rep told The Post. “There have been no suspensions, expulsions, nor withdrawn offers.”

Don't Miss it German police halt march of 18,000 coronavirus sceptics in Berlin after
Up Next College of Alabama advised professors to not inform college students about COVID-19 circumstances amongst their classmates