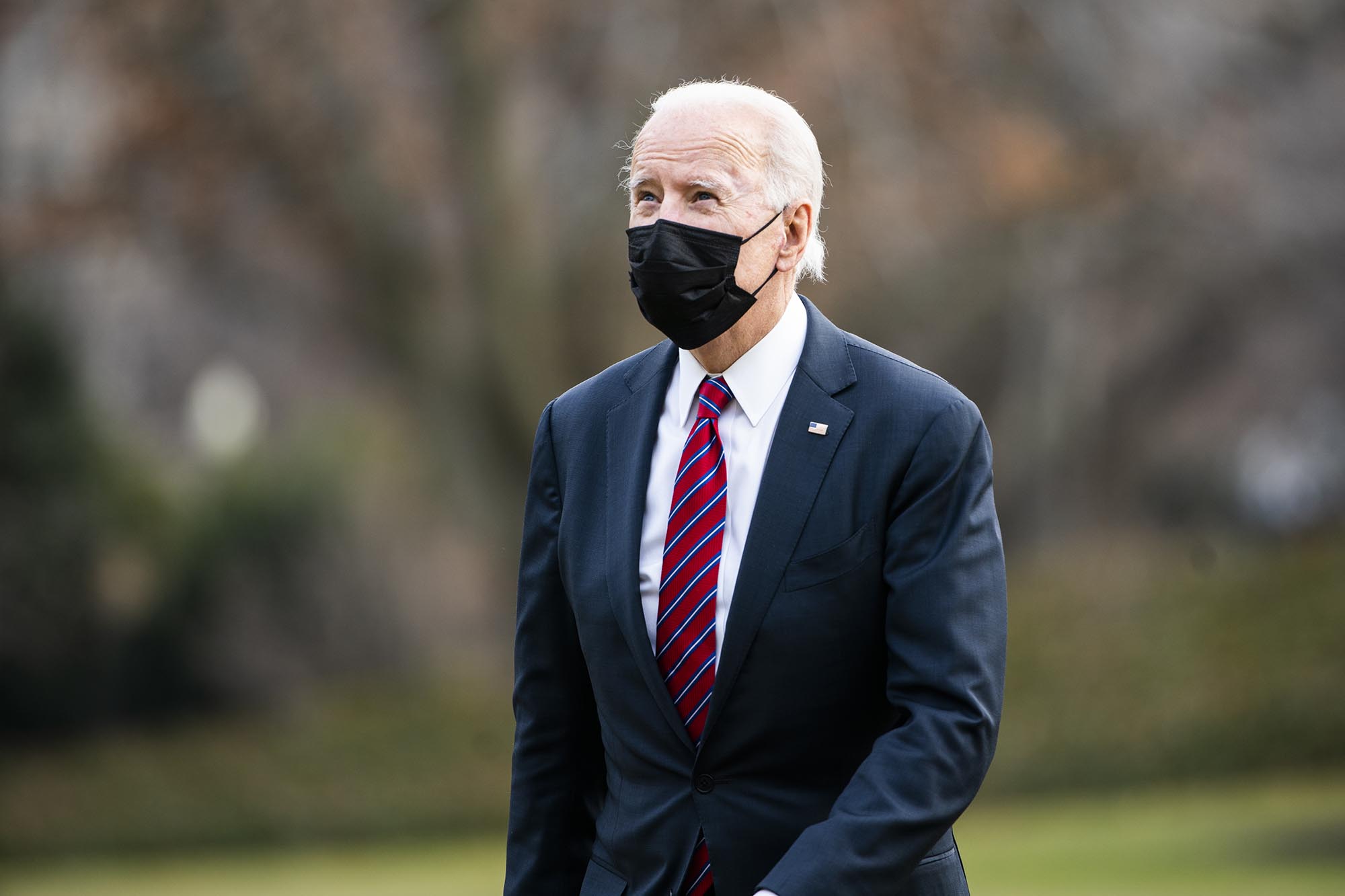 President Biden is expected to host the 10 Republicans who offered a counter coronavirus relief plan at the White House on Monday afternoon as administration officials signaled that some of the details are open for negotiation.

The group of Republicans, including Sens. Susan Collins of Maine and Mitt Romney of Utah, sent Biden a letter offering to discuss his $1.9 trillion coronavirus relief plan, offering a scaled down $618 billion version.

And while Biden’s stimulus package calls for payments of $1,400 to all Americans caught up in the financial crisis created by the pandemic, the GOP plan calls for $1,000 checks.

But the two sides may be able to find some wiggle room on the income thresholds for those who would receive the payments.

Combined with the $600 relief checks already authorized by Congress, individuals could get a total of $1,600, the senators said.

Jen Psaki said the administration doesn’t expect the final bill to look exactly the same as what Biden proposed.EPA/SHAWN THEW

But Biden, who has been urging unity in Congress to come up with a bipartisan bill, appears willing to negotiate.

White House press secretary Jen Psaki, in a news briefing last week, said the administration is willing to talk and that they don’t “expect the final bill to look exactly the same as the first bill he proposed.”

“Well, we’ve been engaging with members of Congress from both parties and both houses over the course of the last week or two. We’ll continue to do that as we go forward. And the president has said repeatedly he is open to ideas, wherever they may come, that we could improve upon the approach to actually tackling this crisis,” Deese said.​

Mitt Romney is one of 10 Republicans set to meet with President Biden on February 1, 2021.Kent Nishimura / Los Angeles Times via Getty Images

“As leading economists have said, the danger now is not in doing too much: it is in doing too little,” Psaki said. “Americans of both parties are looking to their leaders to meet the moment.”​

The ​Republicans in their letter called for “bipartisanship and unity” in crafting a “framework that builds on prior COVId assistance laws” that received support from both parties.

“Our proposal reflects many of your stated priorities, and with your support, we believe that this plan could be approved quickly by Congress with bipartisan support,” the letter ​said.​

The Republicans’ plan allocates $160 billion to bolster vaccine distribution, with $50 billion for coronavirus testing, $20 billion to assist and $30 billion for the disaster relief fund, as well as $5 billion Personal Protection Equipment for first responders, medical doctors and dentists.

Susan Collins is one of 10 Republicans set to meet with President Biden on February 1, 2021.Bill Clark/CQ-Roll Call, Inc via Getty Images

The measure also calls for $20 billion in funding for K-12 schools and another $20 billion for child care and development.

It also earmarks $40 billion for the Paycheck Protection Program, including $5 million for audits and investigations.

The Republican plan also seeks to extend the $300 a week in supplemental unemployment benefits until June 30.

The Biden plan would raise the federal minimum wage to $15 an hour, but the GOP proposal doesn’t address it.

Despite the calls for a bipartisan bill, some Democrats, including Sen. Bernie Sanders (I-Vt.), have suggested they have enough votes to pass the stimulus package without help from Republicans if they use reconciliation, which allows for the passing of some spending bills by a majority of 51 votes.

Bernie Sanders has suggested Democrats have enough votes to pass the stimulus package without help from Republicans.Sarah Silbiger/Bloomberg via Getty Images

The Democrats hold a slight 50-50 majority in the Senate — with Vice President Kamala Harris set to cast any tie-breaking votes.

Reconciliation would also allow Democrats to bypass the filibuster, which requires 60 votes for legislation to pass.

Along with Collins and Romney, the letter was signed by Sens. Bill Cassidy of Louisiana, Lisa Murkowski of Alaska, Rob Portman of Ohio, Shelley Moore Capito of West Virginia, Todd Young of Indiana, Jerry Moran of Kansas, Thom Tillis of North Carolina, and Mike Rounds of South Dakota.

Don't Miss it Rutgers researcher, creator of COVID-19 saliva check useless at 51
Up Next Portugal experiences almost half of all COVID-19 deaths in Jan.