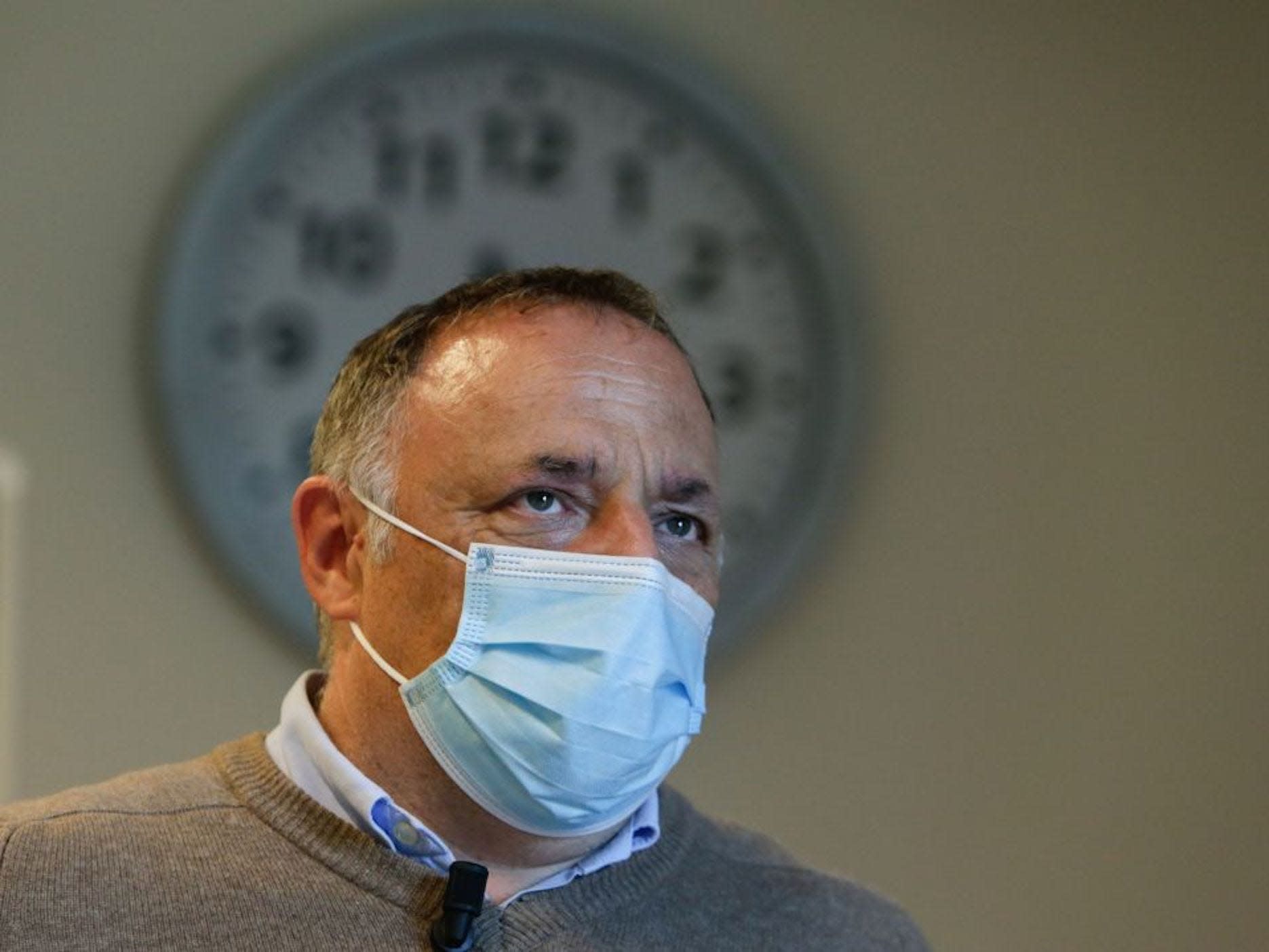 Marc Van Ranst, Belgian virologist at the Katholieke Universiteit Leuven and the Rega Institute for Medical Research, wears a face mask as he speaks during an interview on the Covid-19 (novel coronavirus) pandemic, in Leuven, on September 11, 2020. ARIS OIKONOMOU/AFP via Getty Images

Belgium’s leading COVID-19 expert is in hiding with his family amid an assassination threat.

Marc Van Rast has been placed on a hit list by a military sniper who’s on the run.

Military instructor Jürgen Conings is on a terrorism watchlist because of his far-right beliefs.

Belgium’s leading expert on COVID-19 is in hiding after being placed on a hit list by a rogue military sniper with ties to the far right.

Jürgen Conings, a military instructor, went on the run almost three weeks ago after making threats to Professor Marc Van Ranst, a virologist who has advised the Belgian government on restrictions to slow the spread of the coronavirus and vaccines.

According to reports, Conings had drawn up a hit list of 10 targets, including Van Ranst.

Van Ranst told BBC News that he was living in a safe house with his wife and 12-year-old son with round-the-clock security.

“The threat was very real,” Van Ranst said, describing the night he and his family were forced into hiding.

“The ex-soldier, heavily armed, was on my street for three hours, right in front of my house, waiting for me to arrive home from work.”

Police say that after leaving his barracks, Conings headed straight for Van Ranst’s home. But Van Ranst said he’d had arrived home early that evening and was already inside when Conings began monitoring the property.

The scientist is not the only person on Coning’s hit list who has been provided with enhanced protection. Het Laatste Nieuws reports that a lawyer who worked on his divorce, his ex-wife, and senior military figures involved in disciplining him for his extremist beliefs are also being shielded.

Mosques and refugee centers in the Flemish province of Limburg are also reportedly under tighter security.

Belgian authorities had said that Conings was already on a terrorism watchlist because of his far-right allegiances before he went AWOL, reported Reuters.

When he went missing, he left a note in his barracks expressing his rage at political and scientific elites.

“The so-called political elite and now also the virologists decide how you and I should live,” he wrote, reported the Brussels Times. “They sow hatred and frustration, worse than it already was. And no one rebels against that. If you say anything, you will be punished.”

Belgian police have launched a huge manhunt for Conings, yet he remains on the run.