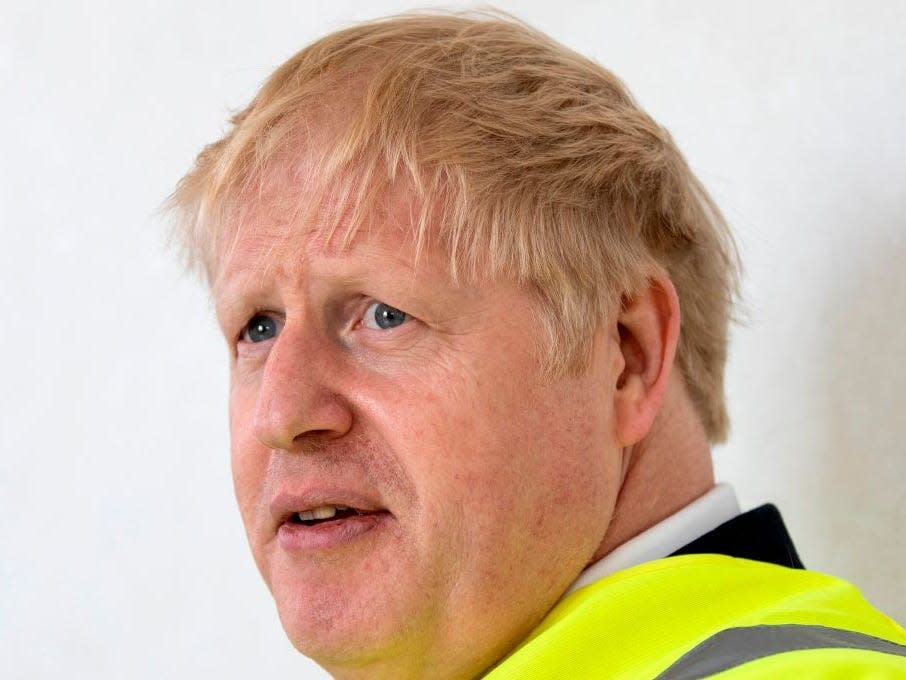 The long-term impact of a no-deal Brexit would be worse than the coronavirus, according to Bank of England Governor Andrew Bailey.

On Monday he told Members of the UK Parliament that it would take the economy longer to adjust to leaving the European Union without a free trade deal at the end of the year compared to the strain of the pandemic.

His comments echo recent analysis that said the long-term economic impact of trading with the EU on WTO terms — or what Boris Johnson calls an “Australian” arrangement — would eclipse the pandemic.

UK and EU negotiators are racing to secure a trade deal and put it into law before the end of the year.

The long-term impact of leaving the European Union without a free trade deal on the UK economy will be worse than that of the coronavirus pandemic, the Bank of England Governor Andrew Bailey has warned.

Bailey’s remarks echoed a report published by the London School of Economics (LSE) and UK in a Changing Europe think tank in September, which concluded that the long-term, economic impact of a no-deal Brexit could be up to three times as worse as the pandemic on the UK economy.

LSE modelers put the long-term economic damage of leaving the EU without a free trade deal on UK GDP at 8%, compared to the Bank of England’s forecast at the time of a 1.7% reduction by 2022.

Trade talks between UK and EU negotiators are continuing this week with time running out for both sides to agree a deal and put it into legal text before Britain drops out of the bloc’s trading rules on December 31.

Boris Johnson’s UK government and the EU have spent months wrangling over a handful of thorny issues: fishing rights, how any final deal will be governed, and “level-playing field” rules ensuring fair competition between each other.

Recent reports have suggested that two sides are edging closer to an agreement as the New Year cliff edge looms.

Irish Taoiseach Michael Martin, whose country would feel the effects of a no-deal outcome more than any other EU member state, on Monday said he was “hopeful” that a deal would be reached at the eleventh hour.

An EU source told Business Insider they were “an optimist when it comes to the likelihood of a deal” but “I have also urged caution because we cannot assume all sides to be rational at all times.”

Failure to negotiate a deal would result in hefty tariffs being imposed on goods sold between the UK and EU from January 1, 2021, leading to a range of food and everyday items becoming more expensive. A recent case in point is Lurpak butter: the UK managing director of Arla last week told Business Insider that the dairy company would be forced to increase the price of Lurpark sold in Britain if tariffs were slapped on the exports to the UK from next year.

However, there is set to be disruption at Britain’s borders in January even if the two sides agree a deal, due to the Prime Minister Johnson’s decision to break away significantly from the EU’s single market and customs union.

Alex Chisholm, Permanent Secretary at the Cabinet Office, on Monday told MPs on the Public Accounts Committee (PAC) that disruption was inevitable as there are “literally many millions of moving parts” as the UK prepares to leave the transition period on New Year’s Eve.

The UK government is bracing itself for queues on England’s motorway in early next year as the thousands of lorries that transport goods to and from the EU encounter new checks and bureaucracy at the border.

There is also concern that thousands of small businesses will not be ready to trade on new arrangements with the EU.

The Border & Protocol Delivery Group’s Emma Churchill yesterday told MPs that trader readiness was labelled “red,” meaning it was not expected to be in place on time with just weeks to go. Many small businesses have told the UK government that they are too busy dealing with the coronavirus to focus on Brexit, Churchill told MPs.