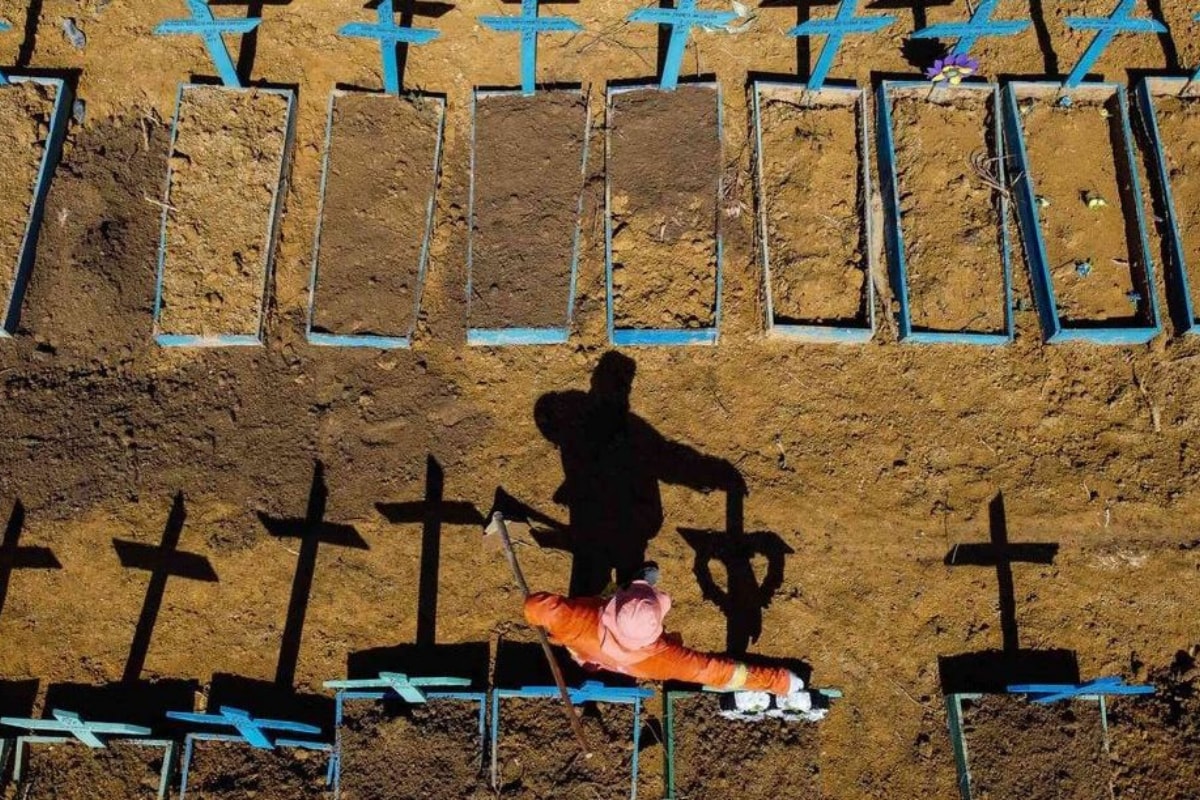 Is herd immunity during a global pandemic possible?

The Brazilian city of Manaus, which was devastated by the coronavirus pandemic, may have suffered so many infections that its population now benefits from “herd immunity,” according to a preliminary study.

Published on the website medRxiv, the study analyzed infection data with mathematical modeling to estimate that 66 percent of the population had antibodies to the new coronavirus in Manaus, where the pandemic’s passage was as fast as it was brutal.

That may be sufficiently high to have reached the threshold of herd immunity, in which enough members of a population are immune to a disease that it can no longer spread effectively, said the study’s authors, a group of 34 Brazilian and international researchers.

“The unusually high infection rate suggests that herd immunity played a significant role in determining the size of the epidemic,” they wrote in the study, which has yet to undergo peer review.

“All signs indicate that it was the very fact of being so exposed to the virus that brought about the reduction in the number of new cases and deaths in Manaus,” the study’s coordinator, University of Sao Paulo medical professor Ester Sabino, told the Sao Paulo State Research Support Foundation (Fapesp), which helped fund the study.

Situated in the Amazon rainforest, Manaus was the scene of gruesome images of overrun hospitals, mass graves and corpses piled in refrigerator trucks when the pandemic was at its peak there in May.

But deaths in the city of 2.2 million people have fallen dramatically in recent weeks, to an average of just 3.6 per day over the past 14 days.

Manaus is now one of the cities reopening fastest from lockdown in Brazil, the country with the second-highest death toll worldwide, after the United States, with nearly 139,000 people killed.

That includes schools, businesses, nightlife and its famed opera house.

However, health experts cautioned that attempting to reach herd immunity was a dangerous path for policy makers.

“Community immunity via natural infection is not a strategy, it’s a sign that a government failed to control an outbreak and is paying for that in lives lost,” tweeted Florian Krammer, professor of microbiology at the Icahn School of Medicine at Mount Sinai Hospital in New York.

It also didn’t immediately mean a confirmation that what happened was indeed herd immunity.

“It’s a little difficult to tease out if this is pure herd immunity versus a combination of things,” Thomas Russo, chief of the division of infectious diseases at the Jacobs School of Medicine and Biomedical Sciences at the University at Buffalo, told Popular Science.

The new paper also didn’t pin down when exactly herd immunity kicks in. It could be plausible that in some of the hardest-hit COVID-19 hotspots, the drop in new cases reflects both the enormous fraction of the population that has developed immunity, and the impacts of practices like mask usage and social distancing.

Other experts cautioned that immunity to the virus may be short-lived.

If it were a country, it would have the second-highest mortality rate in the world, at 100.7 deaths per 100,000 population.